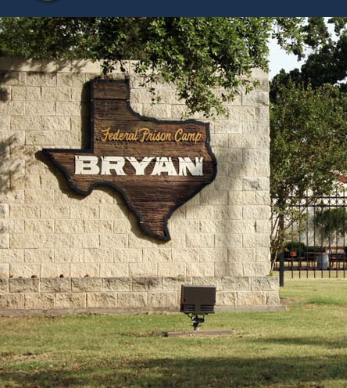 UPDATE:  The Texas Department of Licensing & Regulation (TDLR) has given a formal warning to the Federal Bureau of Prisons Prison Camp(FPC Bryan) Education Department at Bryan, Texas.  TDLR issued the warning at the conclusion of its investigation into whether or not staff at FPC Bryan had falsified hours they uploaded to the State of Texas for inmates enrolled in its cosmetology program.

The licensing board found that staff at FPC Bryan had in fact falsified hours on at least one or more inmates that were enrolled in the program.  See original story below.

The Cosmetology program at the Federal Bureau of Prisons (BOP) camp at Bryan, Texas, is under investigation by a state licensing agency.  The Texas Department of Licensing & Regulation (TDLR) is investigating the program at the camp.

Since sometime last year, TDLR has been seeking cooperation from FPC Bryan staff, in an attempt to verify the hours reported by the prison camp for classes taught to inmates participating in its Cosmetology Program.  The program is offered to inmates in conjunction with the state licensing board.  The hours in question, were reported to the State of Texas by staff working at the camp.

Earlier this year, an investigator from TDLR, told this reporter that staff at the camp had blocked the Texas government agency from getting records, causing a power struggle between State and Federal legal eagles.  Later, the matter was referred to a prosecutor within the department, for possible prosecution.  It is unclear where the investigation stands at the current time.

FPC Bryan’s staff members Erin Valentine-Godwin, Supervisor of Education & Recreation, and Mark Cameron, Education Specialist, originally agreed to cooperate and provide the information the TDLR state investigator was seeking.  However, the following day, the investigator was contacted by a legal representative from the South-Central Regional Office of the BOP, who refused to provide the records without a court order.  It would appear that the BOP attempted to prevent or stall the investigation.

The BOP has come under fire this past year for its mishandling of the COVID-19 pandemic.  On May 31, 2021, the New York Daily News reported, “In March, Bureau of Prisons Director Michael Carvajal was hammered during testimony before a House of Representatives subcommittee for the agency’s response to the pandemic”. “You and your staff are incompetent and should be fired, Rep. David Trone (D-Md.) told Carvajal.”

The agency has also been under scrutiny since 2019, after Jeffrey Epstein, a high-profile inmate, was found hanged to death in his cell at the Metropolitan Correctional Center in New York.  The New York Daily News reported that the two federal correctional officers indicted in that case scored a “deferred prosecution with the United States Attorney’s office in Manhattan.”  Per the report, the two planned to “defend themselves as scapegoats for a deeply dysfunctional system had they gone on trial.”

Tova Noel and Michael Thomas admitted “they falsely filled out paperwork certifying they had conducted required rounds and inmate head counts at the Metropolitan Correctional Center in the hours before Epstein was found dead in his cell early on Aug. 10, 2019.”  Sources close to the pair said “falsification of documents is common at the jail and throughout the Bureau of Prisons.”  “One source described falsely filling out paperwork as “closer to a norm than an anomaly” in federal lockups.”

Internal Affairs policy for the Federal Bureau of Prisons states in part, “Waste, fraud, abuse, mismanagement, and staff misconduct will be reduced.”  And “Evidence will be properly collected, handled, and preserved.” “When appropriate, evidence will be provided to other agencies.”  Nowhere in the policy does it require a court order for another agency to get information needed for an investigation.  So why did the BOP refuse to turn over the information requested by the state agency?

FPC Bryan’s Cosmetology program is funded by money from the federal government.  Because the classes are paid for with taxpayer dollars, the classes are free to inmates at the camp.  The school is located on the prison grounds in Bryan, Texas, and accepts 25 inmates per year to work toward their cosmetology license.

The question here–did the inmates really get the amount of training and hours that were reported to the State of Texas?  And if not—did the federal employees who reported incorrect hours commit fraud?