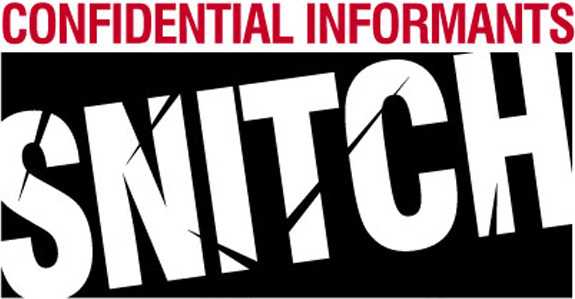 I’m Larry Levine, Publisher of the Midnight Report, and a convicted Narcotics Trafficker who spent 10 years in several Federal Prisons. While it’s true I was guilty as sin, I had an informant lie about me on the witness stand to save their own ass, claiming I’d bought large quantities of Blow (Cocaine) from them in the past.

While it’s a big-time Federal Crime to threaten a Government witness, I figured out a way to flip the script and screw him over big time using Uncle Sam’s own resources and his own testimony against him! But first, let me give you some history of how drug deals went down in the ’90s and probably today.

For the record, I was a Trafficker, not a Dealer, and if you don’t know the difference let me clue you in.

In the world of drug crimes, drug dealers are typically players moving small quantities of product out on the street slinging dime bags or a few ounces to whoever came by. It didn’t matter if it was weed, meth, heroin, or coke, because if you were looking for a high, someone’s always selling it, and dealers aren’t that hard to find.

The typical low-level street dealer’s often uneducated, has a prior criminal record, and sells to users from every walk of life, from lower to upper class and every race and gender, and generally wears flashy jewelry and carries a roll of twenty and fifty dollar bills with a few hundreds on the top. 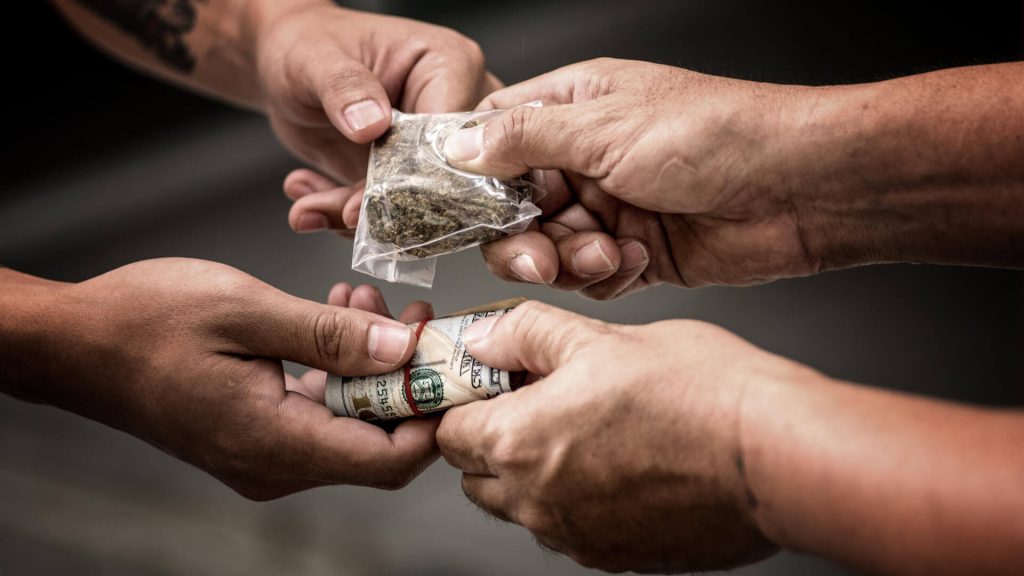 In my case, according to the FBI and DEA, I was classified as a Trafficker and a middle man, supplying large quantities of product from Cartels, importers, and manufacturers directly to distributors who supplied the street dealers. As the product changed hands up and down the food chain, the farther you were up the chain and the more you bought, the cheaper it all got!

Back in the ’90s, a good wholesale price on Kilos of Blow could run anywhere from Twelve-Five ($12,500) to about 16K depending on the quantity purchased, how many times it had been stepped on (diluted) and who you knew. By the time a Kilo got cut with Mannitol (baby laxative)  and broken into Eight-Balls (eighth ounces / 3 to 3.5 grams) for sale by dealers, it could fetch street prices of fifty grand or more.

On the Trafficking side, players in the supply chain usually traded off backpacks and duffel bags full of product for bags full of tightly bound 100 count stacks of $100 Dollars bills, 10 Grand ($10,000) to a bundle with a few counterfeits thrown in the mix.

Other than randomly counting a stack or two, the bundles of cash were rarely broken apart with a 1000 Count stack of used Ben Franklins equaling 100 Grand ($100,000) coming in at around 5 to 6 inches thick, with new notes stacking even thinner bringing a cool million in Benjamins weighing in at exactly 22 pounds.

If you wanted to close a deal it was strictly cash and carry, with no record, no paper trail, and no IRS. But in the long run, believe or not, ill-gotten gains like drug money and other crimes are still Taxable on the Federal and state levels.

Almost 100 years ago in May 1927, the U.S. Supreme Court in its wisdom issued a landmark ruling in U.S. v. Sullivan that “[g]ains from illicit traffic in liquor are subject to income tax and would be taxable” (274 U.S. 259), which opened the door to making all illegal income taxable events. 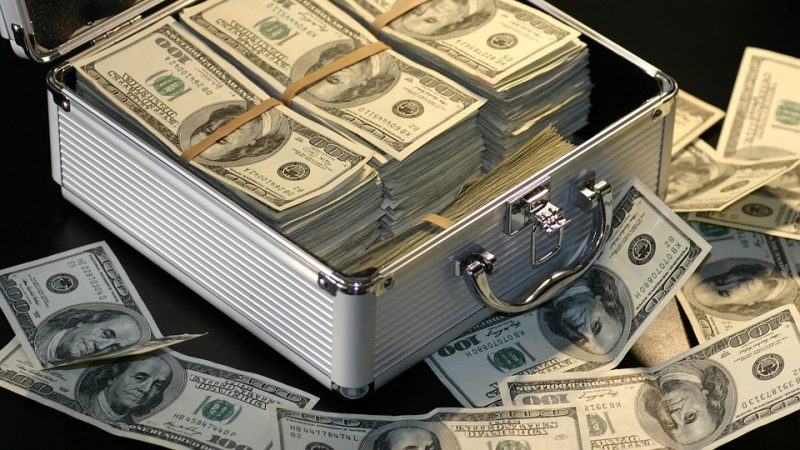 In 1931, the most celebrated example of taxing illegal profits was when Chicago crime boss Al Capone, founder of the Chicago Outfit Organized Crime family was found guilty of tax evasion on liquor sales during prohibition.

Scareface Capone as he was known, was a ruthless bastard but he had style and knew how to take care of business.  He’s believed to have carried out the St. Valentines Day Massacre on February 14, 1929, where 7 members of the rival Irish North Side Gang executed by men dressed as cops firing Thompson Sub Machine Guns in a power struggle and to eliminate competition and control the illegal importation of Canadian Whiskey into  Chicago and the U.S.

Capone, who was the largest and most powerful bootlegger in the world was known to proudly boast “They can’t collect legal taxes from illegal money”! He sadly learned he was wrong the hard way when he was charged with 22 counts of federal income tax evasion and sentenced to 11 years in federal prison. He also got hit with a stiff $50,000 fine ($798,055 in today’s dollars), charged court costs, and ordered to pay back taxes of $215,000 (now, $3,431,640) with stays in Federal Shitholes like USP Atlanta and Alcatraz for failing to file tax returns.

When I finally got popped by a handful of Federal Law Enforcement agencies in 1998, the DOJ charged me in 3 separate indictments with Narcotics Trafficking, Securities Fraud, Racketeering. Obstruction of Justice, and Machine Guns. To secure my conviction, Uncle Sam wasted no time in lining up a team of snitches, some I didn’t even know to spin lies about my actions and testify against me.

One guy in particular, an asshole named Mikey, hit the witness stand and sang like a bird, outlining drug deals he said he’d done with me. While some were true, the majority were made-up bullshit and by the time he was done running his mouth; he’d falsely claimed I’d forked out more than Two Million Dollars to him over a two-year period, bumping me up from Trafficker status to Drug Kingpin. 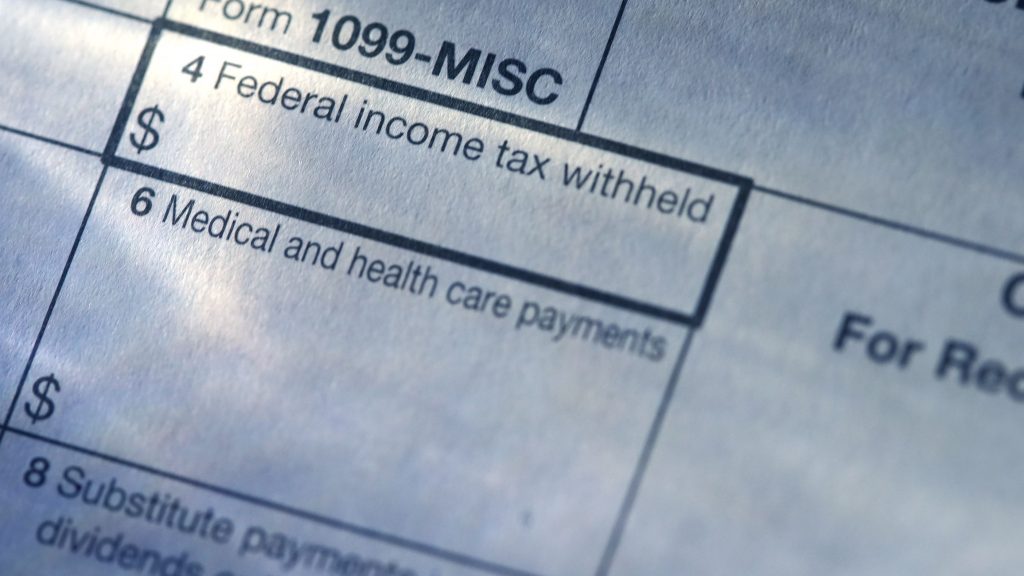 Needless to say, I was pretty pissed off when I picked up a 10 Year Stretch because of him. But as an informant he was untouchable, and I had limited recourse against him. Prison can be a boring place, but it gives you time to think. And think I did!

I spent countless hours in the Prison Law Library at FCI Safford, AZ, reading and rereading my sentencing transcripts outlining Mikey’s testimony against me while contemplating an appeal based on his lies and then it hit me. He’d sworn under oath I’d paid him cash for product,  and in the course of researching laws, came upon Capone’s case from 1931 and his conviction.

I knew at this point I might have him by the balls and so I put a plan into play. I reached out to this woman I knew on the street and she sent me his Social Security Number along with a stack of IRS 1099 Forms. I figured what the fuck that I was already screwed so I decided to go for broke and strike back.

Wanting to be a good citizen and do my civic duty, I hit the Law Library and whipped up a handful of Miscellaneous income 1099 forms with all his info covering a 3 year period, and for a little payback stepped up the dollar amount to over $5 Million. I laughed my balls off when I dropped the 1099’s along with transcripts of Mikey’s sworn testimony in the mail to the IRS, Social Security and the State Tax board.

I later heard he got hit for Tax Evasion and his wife who was facing a conspiracy charge herself testified against him and divorced him. In the end up he got a 37 month Federal Sentence himself. So if you’re in despair, think long and hard because there’s always a way to get even!