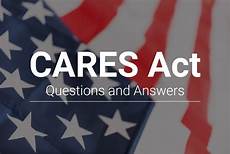 Much attention has been focused lately on those released under the Cares Act.  With everyone involved holding their breath to see if the Biden Administration would rescind the Office of Legal Counsel (OLC) memo left behind by the Trump Administration.  That memo https://www.justice.gov/olc/file/1355886/download opinioned that federal prisoners released under the Cares Act would be returned to the Federal Bureau of Prisons (BOP) once the pandemic ended.

The memo addresses language in the Cares Act under SEC. 12003 (2) “the term ‘‘covered emergency period’’ means the period beginning on the date on which the President declared a national emergency under the National Emergencies Act (50 U.S.C. 1601 et seq.) with respect to the Coronavirus Disease 2019 (COVID–19) and ending on the date that is 30 days after the date on which the national emergency declaration terminates…”

As of yesterday, the cat is out of the bag, with the New York Times reporting “the Biden legal team has concluded that the memo correctly interpreted the law, which applies to about 4,000 nonviolent inmates, according to officials who spoke on condition of anonymity about sensitive internal deliberations. Several officials characterized the decision as an assessment of the best interpretation of the law, not a matter of policy preference.”

Some doubt the President will make such a huge leap as to grant clemency to over 4,000 individuals in one fell swoop.  At least one person I interviewed believes that “to do so, Biden would have to move 4,000 people to the front of the line of those who have had clemency petitions sitting at the Department of Justice (DOJ) Office of the Pardon Attorney for years, hoping for approval.”

But many advocates see things much differently.  One such advocate, Amy Povah, the founder of the CAN-DO Foundation, is well known for her efforts focused primarily on issues related to executive clemency, criminal justice reform, conspiracy laws, women in prison, and the drug war.   Her own petition for clemency was granted by then President Bill Clinton, after she served 9 years of a 24 year sentence for drug conspiracy.

Povah told me “We are extremely disappointed in this latest decision by Biden’s legal team who determined that home confinement recipients should return to prison after the pandemic.  This  increases the urgency to grant categorical clemency to everyone on home confinement who were vetted by the DOJ and BOP after it was determined they are not a risk to society.”

And one need only take to Twitter, or other social media, to see the outrage.  Holly Harris, Executive Director of the organization Justice Action Network, tweeted “if he (President Biden) does not grant clemency to those on home confinement, he will be ordering one of the largest reincarceration events in American history.”

Nobody has forgotten that the Biden-Harris ticket made campaign promises regarding criminal justice reform.  Specifically, Biden promised “to address the country’s crisis of mass incarceration.”  With many criticizing the President’s refusal to rescind the OLC memo as more of a doubling down on the worst part of his legacy.

That legacy—the 1994 Crime Bill, which Biden, as chairman of the Senate Judiciary Committee, largely wrote and shepherded through the legislative process.  The bill, is seen by many, as being partly responsible for the mass incarceration currently plaguing prisons across the nation.

But what if there is another option the Biden Administration could use that is already in place after the passing of the First Step Act (FSA) in December of 2018?  And would that option be more appealing to the President, since it may be seen as a less politically risky fix, than a widespread granting of clemency by the President?

The OLC memo concludes that the “BOP must recall prisoners in home confinement to correctional facilities” within 30 days of the President’s declaration of the end of the pandemic, “unless they would otherwise be eligible for home confinement under section 3624(c)(2)” – the lesser of 6 months or 10% of their sentence.

One source I spoke to believes that the OLC memo fails to take things one step further.  He said “the memo fails to delve into at any point, and what has been missing from the narrative over the past 6-months, since the issuance of the memo, are the other programs authorized by congress via the FSA which do extend the maximum amount of time prisoners can remain on home confinement, specifically waiving the maximum home confinement limits under 3624(c)(2). The Elderly Offender Home Detention (EOHD) program and the Recidivism Reduction Earned Time Credits program via PATTERN.”

Something Kevin Ring of the FAMM organization appears to be moving toward himself.  From the FAMM Facebook page, Mr. Ring wrote “To be honest, I have not had a lot of confidence that Biden would commute 4,000 sentences, especially since we offered to help them vet cases a while back and they haven’t moved on that. But I also don’t think we need that many commutations. As we have communicated to them several times, the President, DOJ, and BOP have other authorities they could use to address this population, including compassionate release, elderly detention home confinement, and furloughs.”

My source went on to say, “since the enactment of the FSA, under the EOHD program, low-risk, non-violent prisoners of the age 60 years and older are eligible to serve the remainder of their sentences on home detention (home confinement) once they have served two-thirds (67%) of their current sentence, with no maximum amount of home confinement time. In other-words, a prisoner who has served 20 years of a 30-year sentence and is 60 years of age or older, is eligible to serve the 5-1/2 – 10 remaining years (dependent on good time credits (GCT)) on home confinement. Far exceeding the memo’s narrow view, addressing only section 3624(c)(2)’s time limits, and ignoring the FSA’s modification of the Second Chance Act (34 U.S.C. 60541(g)(1)(C)).”

“Further, the FSA enacted a program via the Recidivism Assessment tool (Risk and Needs Assessment System, since developed and released July of 2019, and known as PATTERN) that determines the recidivism risk of each prisoner, and classify each as having minimum, low, medium, or high risk for recidivism. PATTERN uses Earned Time Credits (ETC) in which the goal of the program is to have all eligible minimum and low risk recidivism prisoners serve 57% of their sentences (2/3rds of 85%, per Good Conduct Time) in a correctional institution setting, and then serve the remainder of their sentences (43%) in prerelease custody, including home confinement, again without any maximum amount of home confinement.”

“In other-words, a minimum-risk inmate as determined by PATTERN sentenced to 30 years would be eligible to serve 8.4 – 12.9 years (dependent on GCT) on home confinement. Again, far exceeding the memo’s narrow view, addressing only section 3624(c)(2)’s time limits, and ignoring the FSA’s modification of section 3624 with the addition of section 3624(g), which states: ‘‘(10) TIME LIMITS INAPPLICABLE.—The time limits under subsections [3624](b) and [3624](c) shall not apply to prerelease custody under this subsection.” Thus, waiving the requirements of section 3624(c), and allowing eligible prisoners to serve vastly extended periods of time on home confinement.”

“And the FSA’s enactment created section 3632 of Title 18, in which section 3632(a)(7) states that PATTERN shall be used to … determine when a prisoner is ready to transfer into prerelease custody or supervised release.”

“Why is this important, some may wonder, as well as others stating that the waiver of the time limits does not apply in this case because the FSA ETC program has yet to be implemented as required by the BOP. However, the FSA, in section 102(b)(2) mandates that the amendments made to section 3624 shall take effect on July 15, 2019, the date the Attorney General completed and released PATTERN.”

“Therefore, it is a tool that is in effect and can be used to determine when a prisoner is eligible for home confinement, which, per Attorney General Barr’s April 3, 2020 memo and BOP policies and directives hence, requires all inmates to be assessed for direct placement on home confinement using PATTERN eligibility, and that initially, required a minimum risk recidivism score per PATTERN (BOP policy and directives now allow low risk scores per PATTERN in their review for home confinement eligibility under the CARES Act). Just as congress envisioned with the enactment of the FSA, that all eligible minimum and low recidivism risk prisoners shall be placed on home confinement for extended periods of time and for the remainder of their sentences.”

“The OLC memo, upon review, fails to address these tools, options, and authorities granted to the DOJ and the BOP by congress and the Attorney General, and is eerily silent in this regard. The FSA and its reforms have been missing from the narrative for too long. It certainly offers a potential tool and authority to be used by the Biden administration to keep these 4,000 low-risk, non-violent prisoners home, safe, working and saving millions of taxpayer dollars.”

The men and women that I have interviewed, and who are serving the remainder of their federal prison sentence under the Cares Act, have reestablished family ties, are working, paying child support, raising their kids, and in every way reintegrating back into their communities, as is the hope for all who have been incarcerated.  Most have jobs, as well as financial obligations such as leases and car payments.  And more importantly, they have proven themselves in this last year.  To take them back to federal prison at this point, would be cruel and unusual punishment, to say the least.  And there would be no benefit to society.  #KeepThemHome