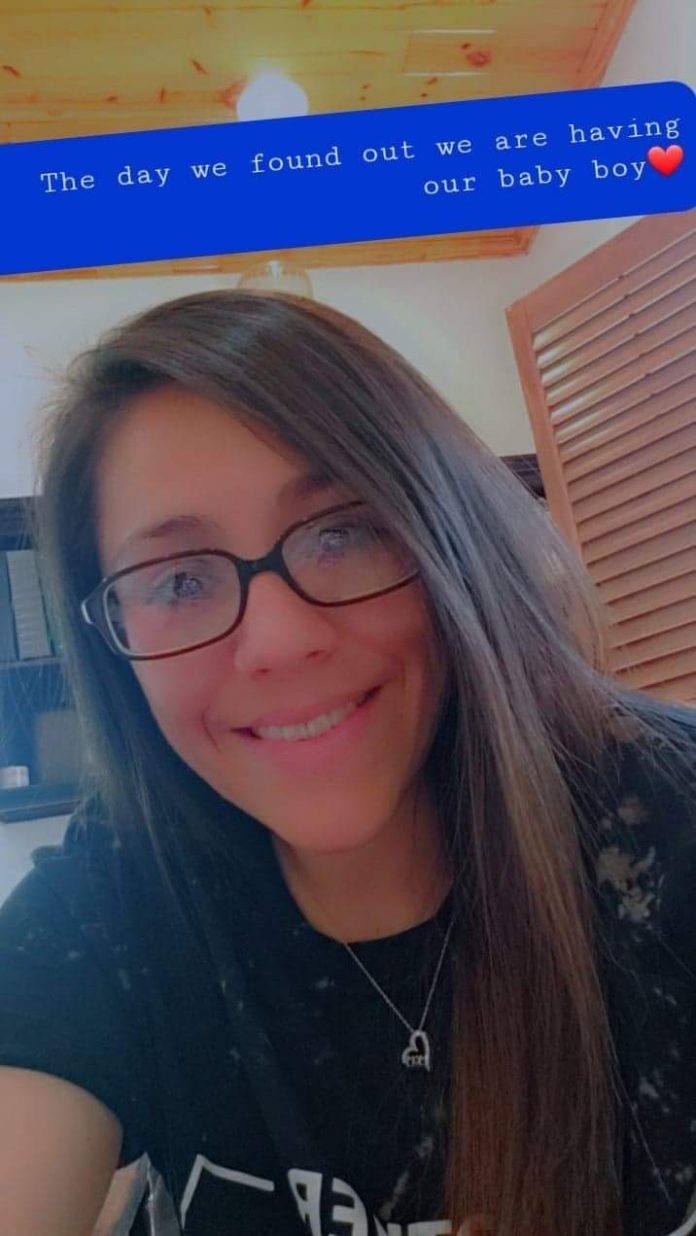 In April of 2009, shortly after a three day jury trial, Raquel Esquivel was sentenced to 180 months in federal prison for conspiracy to possess with intent to distribute marijuana.

Once home, Raquel reunited with her 3 children–regaining custody.  Became gainfully employed working at T Bar Drilling.  Her boss LuAnn Hutto says “Raquel is one of the best employees she has ever had work for her.”  Because of her job at T Bar Drilling, Raquel decided to signed up to take accounting classes in order to further her education, and be a better employee.

In July 2020, Raquel met, and fell in love with Ricky Gonzalez, who she is now engaged to marry. She and Ricky are expecting a son, Silas, due to be born in October.  Ricky watched Raquel follow all the rules of release to home confinement, and rooted her on as she did everything in her power to rebuild her life after her long prison sentence.

But regardless of her efforts, on May 12, 2021, Raquel Esquivel was violated for what appears to be a mistake on behalf of the Dismas Charities half-way house to log her check in calls in March 2021.

Like many others who have been violated from the Cares Act for minor infractions or human error, the Federal Bureau of Prisons (BOP) claims Raquel did not check in when moving about from job site to job site on March 4, 2021.  She was charged with and found guilty of ESCAPE.

And the BOP choose to violate its own policies on inmate discipline by not allowing Raquel the opportunity to attend the Disciplinary Hearing Officer (DHO) hearing, or giving her the opportunity to present evidence to defend the charges against her.

The BOP also choose to ignore Raquel’s cell phone records that prove she did check in with the half-way house, as well as eye witness statements from her employer and a co-worker, who traveled with her to the job sites on the day in question.  Both witnesses report hearing Raquel checking in with the half-way house.  On May 12, 2021, more than two months after the BOP claims she escaped, it sent pregnant Raquel Esquivel to the Val Verde Correctional Institution in Del Rio, Texas, to be held until she could be returned to prison.

On August 26, 2021, Raquel was moved to the Federal Medical Center (FMC) Carswell.  This is the same institution where pregnant prisoner Andrea Circle Bear died last year of the covid virus, shortly after giving birth.  There are currently active staff cases of the virus at the facility, and it is shown on the BOP’s website to be under the highest level of threat (red) for the new delta variant.

Since that time, many prison reform advocates have supported the efforts to #FreeRaquelEsquivel.

The Midnight Report gives a special thanks to Amy Povah, of CAN-DO Clemency, for her countless hours advocating for Raquel, and for being the first organization to team up with and lend support to the #FreeRaquelEsquivel campaign.

Thank you also goes out to Kevin Ring of FAMM, Debi Campbell of FAMM, change.org, Nkechi Taifa of the Justice Roundtable, John Odermatt of Finding Freedom Podcast, and the countless others who have advocated for Raquel.

The fight to free Raquel Esquivel is still ongoing.  If you would like to learn more about this campaign, or help us get the word out, please reach out to Lynn Espejo.  Together we can work to #FreeRaquelEsquivel

Other Ways To Get Involved

Raquel’s due date is quickly approaching.  Her fiancé, Ricky Gonzalez, prays for the miracle that will bring her home.  He wants nothing more than to be with her to experience the birth of their son, Silas.  Watch Ricky’s emotional video and heartfelt words about the #FreeRaquelEsquivel campaign and be sure to get involved!