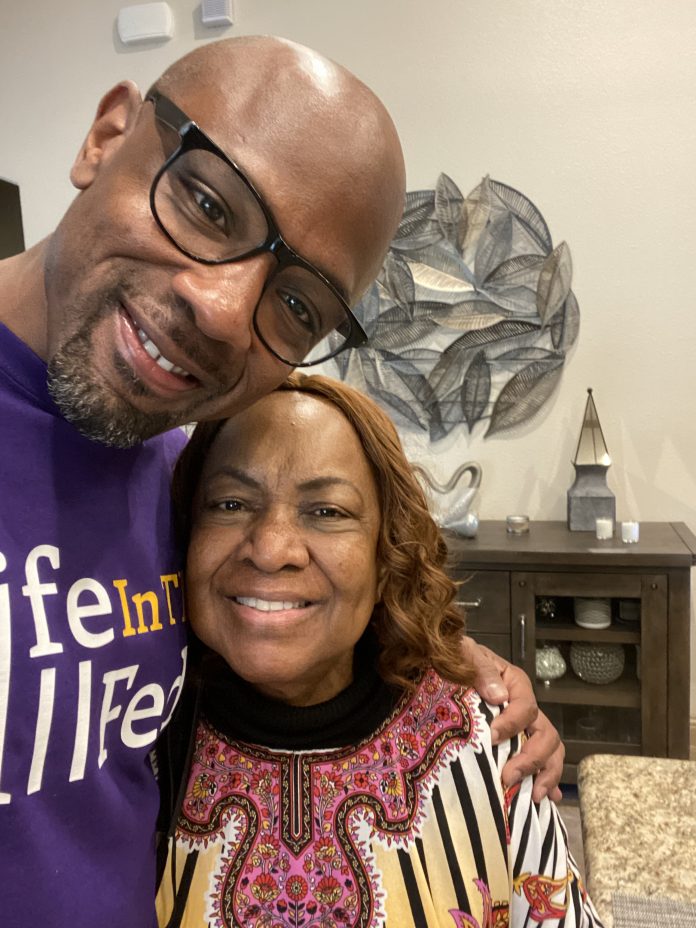 Over 4,000 returning citizens released under the Cares Act are at risk of being returned to prison when the pandemic ends.  These individuals have reunited with family, leased housing, purchased vehicles, become gainfully employed, many are attending college or trade school–and most importantly, they are productive citizens.

One returning citizen, Kendrick Fulton, tells his story below.  Kendrick was serving a long sentence for drugs, due to the mandatory minimum laws in this country, prior to his release under the Cares Act.

Without the mandatory minimum, Kendrick would have received a lesser sentence.  Mandatory minimums are just one factor contributing to the ever growing mass incarceration rate in this country.  Kendrick is proof that longer sentences are not working to make the country safer and do not accomplish sentencing goals.  Kendrick has accomplished more in the 10 months he has been home, than he did in the entire 17 years he served behind bars.  Kendrick, like the many others released under the Cares Act, are true success stories.

Kendrick and others released under the Cares Act have proven they are contributing members of society.  Why would President Biden send them back to prison?  #KeepThemHome

My name is Kendrick Fulton. I have been in federal custody since May 15, 2003. In 2002, at the age of 29,  I was indicted in the Northern District of Texas along with 19 others in a single count drug conspiracy involving 50 grams of crack and 5 kilograms of powder cocaine.

I was offered a plea bargain which required me to admit I was responsible for all the drugs on the guidelines, which at the time was 1.5 kilograms of crack. With that admission, my base offense level would have been 38. I was also required to admit to be a leader/organizer of 5 or more participants. At the time of the plea offer, my attorney claimed he didn’t have the correct guideline book to show me my sentence, and he told me I had until 6:30 that day to accept the plea. When my attorney could not explain the plea’s sentencing exposure, I rejected the plea and proceeded to trial.

After a four-day trial, the jury returned with a general verdict of “guilty”. Prior to sentencing, the Presentence Report found my base offense level to be 38, with a four-level enhancement to level 42. My criminal history score was category II, and my then-mandatory sentencing guideline range was 30 years to life.

In October  2003, I was sentenced to 400-months followed by 5 years of supervised release. I entered the custody of the BOP in December 2003. In 2008, under then President Bush, the United States Sentencing Commission changed the crack cocaine Guidelines in Amendment 706, however, I was not eligible for relief.

In April 2020, I was informed that I was eligible for Home Confinement under the Cares Act. When I first was told of eligibility, I doubted it being that my release date is in January 2032. After a few delays, I walked out of FCI Beaumont Low on September 30, 2020 to home confinement where I remain today.

During my little over 10 months on Home Confinement, I’ve had knee surgery on my left knee, and I’ve also been able to obtain my Commercial Drivers License (CDL). I have also secured a job with Coca Cola, which I am set to start on August 10, 2021. I have also been able to reconnect with my mother who just turned 75 years old in July, and my two older sisters who have been my only support in prison and now that I’m out.

I am a father if five, and I’ve been able to reconnect with 3 of my children. With  two of my children it is taking a little more time. I am now a grandfather of three and have only gotten a chance to see two of my grandkids once.

During my 17 years in prison, I was able to take advantage of a variety of programs, none of which would put me in the position I’m in today. In prison, to get my CDL, I would have to wait until I have 2 years or less and that won’t be until 2030, at which time I will be 57 years old.

If I were to be sent back to prison, it would devastate my family. In 2032, there’s no guarantee my mom will be alive and all of my grandchildren will be teenagers. My hearts desire is to go into jails first and hopefully into prisons to do prison ministry. While I took advantage of the programs offered by the BOP, it was Jesus Christ who transformed my life. Christ’s work in my life could do much more than any program could do.

Mr. President, I’m currently at 18 years two months and counting on my 400 month federal sentence. If sentenced today, my sentence would not be the same, however, since certain laws affecting my case are not retroactive, I’m stuck serving the 100:1 ratio sentence under an outdated mandatory guideline.

I take full responsibility for the crimes I committed; I’m am no way claiming to be innocent. I respectfully ask that you compare my sentence to Panamanian General Manuel Noriega. He was sentenced to less time (360 months) than me (400 months), and was released after only serving 20 years. As it stands, I’m sent to be released in 2032, at which time I will have served 29 calendar years.

As much as in your power, could you please consider not sending me and others back to prison who are now back in society, contributing and reconnecting with their families. This is a once in a lifetime chance, please do not deprive us of the opportunity. I thank you in advance for your time.