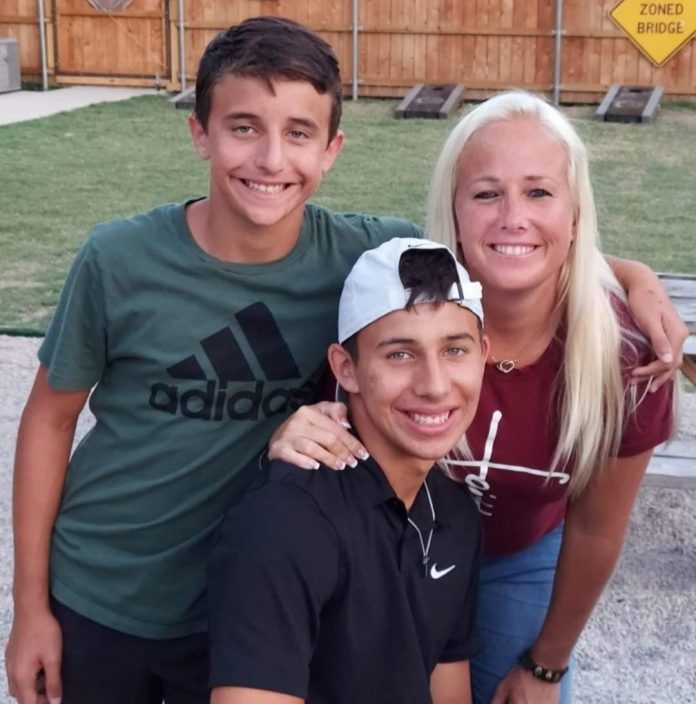 Over 4,000 returning citizens released under the Cares Act are at risk of being returned to prison when the pandemic ends.  These individuals have reunited with family, leased housing, purchased vehicles, become gainfully employed, many are attending college or trade school–and most importantly, they are productive citizens.

One returning citizen, Lindsey Montelongo, tells her story below.  Lindsey was serving a long sentence for drugs prior to her release under the Cares Act.  The length of her sentence was due to the conspiracy and mandatory minimum laws in this country.

Lindsey’s case further highlights the problem with conspiracy laws.  Even though Lindsey was only present for one transaction, she was charged with the amount of drugs for the entire conspiracy.

The federal government defines conspiracy as “an agreement of two or more persons to engage in some form of prohibited conduct.” “The crime is complete upon agreement.”  A search for data on the number of individuals charged with conspiracy in the United States each year produced no results.  However, one only needs to Google “conspiracy charge” to see case after case after case.  It would also appear that the United States may be the only country with such a law.

Lindsey, has already served 9 years in prison, of an already too long sentence, for her small part in the crime.  She, like the many others released under the Cares Act, are true success stories. Why should she be returned to prison?  The President should grant them clemency now.  #KeepThemHome

My name is Lindsey Montelongo and I am a 40 year old mom, daughter and sister. I am a first-time non-violent drug offender who received a 24 year and 7 month sentence.

On August 14th 2020, I was released from prison because of the CARES ACT that was passed due to COVID.

In February 2012, I was charged with Conspiracy with intent distribute Methamphetamines. I was on my husband’s case along with four other co-defendants. I played the least role on my case and I got charged with the same amount of drugs as everyone else, even though I was only present during one transaction.  This is because of the Conspiracy law that’s in place in this country. I plead guilty in April if 2012, and in August 2012, I was sentenced to 293 months. At that time, I had two sons that were six and four years old, and they went to go live with my elderly parents.

I come from a family that believes in hard work, biblical principles and is committed to loving and caring for each other. During my incarceration I used my time to better myself. Throughout my incarceration I maintained a clear conduct record and reestablished the ethical and moral characteristics my parents set forth in me. I have grown to realize that these last 10 years has molded me into the person I am meant to be.

During my time in prison I procured my Cosmetology license and my Office Management Apprenticeship to be better prepared for the work force upon release. I was also in a program called S.H.A R.E. (Sharing Hope About Recovery Experiences). I went into the community and shared my story to hundreds of at risk youth. I gained the courage to combat the fear and shame of my dysfunctional past. We would go and talk to Juvenile centers. Alternative schools and probation offices in hopes that they would change their lives around and not make the same mistakes we made.

Since my release I have been living with my parents and sons. It’s been amazing to just be here on their day to day lives. I feel very blessed to be home again. I have been using my time to reconnect with my boys since I have missed out on so many years due to the bad choices that I made in my past.

Mr. President I pray that you grant me clemency so that I can be fully reunited with my kids. As of now I’m not able to attend any of their football or basketball games, or attend their school functions. I know how important it is to them for me to be able to go to them. I know that I have made the biggest mistake of my life, and for that I am deeply sorry. I know that I have hurt my children, family and community.

I accept full responsibility for my actions. I will never be able to take back what I have done, but I can promise you that for the rest of my life I will make up for my past mistakes, and be a better mom, daughter, sister and an all-around good citizen.