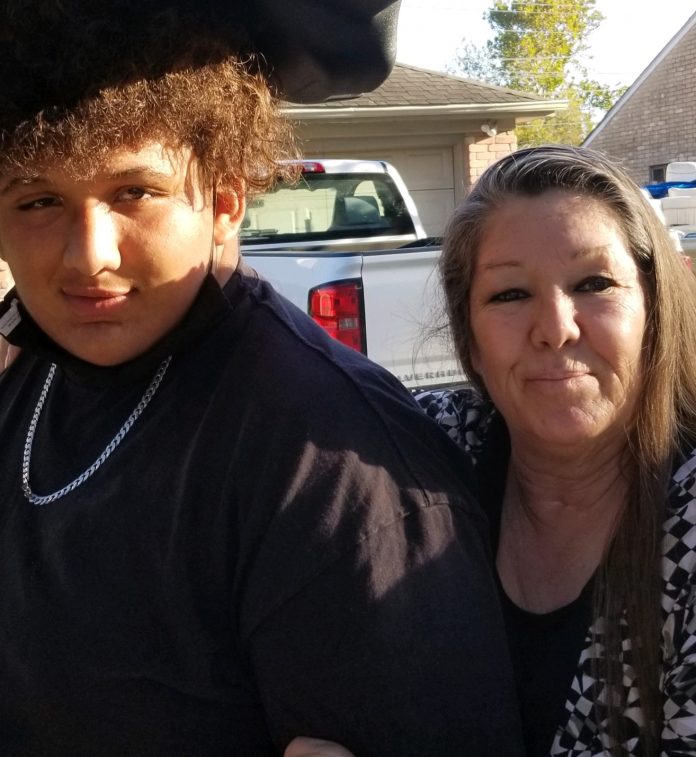 Nicole Schilling is just one of many individuals released under the Cares Act that hope the Biden Administration will grant them clemency.  The daily stress of not knowing if she will be returned to prison when the pandemic ends is taking a toll on her, her young son, and her family’s mental health.  And at what cost?

Studies by the Mayo Clinic found that “Your brain comes hard-wired with an alarm system for your protection. When your brain perceives a threat, it signals your body to release a burst of hormones that increase your heart rate and raise your blood pressure. This “fight-or-flight” response fuels you to deal with the threat. Once the threat is gone, your body is meant to return to a normal, relaxed state. Unfortunately, the nonstop complications of modern life mean that some people’s alarm systems rarely shut off.” (https://www.mayoclinic.org/healthy-lifestyle/stress-management/in-depth/stress-symptoms/art-20050987).   How can it be mentally and physically healthy to have the nonstop threat of return to prison held over Nicole and many others heads daily?

Nicole has done everything to prove herself.  She has reconnected with family, is helping to raise her young son, works full time, and is a contributing member of society.  How would society benefit from Nicole and the over 4,000 other productive returning citizens released under the Cares Act being sent back to prison? #KeepThemHome  Nicole’s story is below.

My name is Nicole M. Schilling

USMS#08866-479
Hello my name is Nicole, I am 58 years old living with my sister in Trinity Texas.. I was released from FPC Bryan July 28, 2020. I served 4.5 years on a 10 year sentence.  I was arrested in March 2016.  I was carrying drugs and my indictment reads a substance containing a detectable amount of heroin.
At the age of 53 years old I was sent to prison for my crime.  While I was in FPC Bryan, I kept myself occupied with Blinn college courses which I completed Medical Billing and coding, Accounting, Small business, and several Excel classes. I also took many classes for parenting, along with Bible studies on my own. I absolutely wanted to utilize my time in a very positive way so that my 15 year old son whom I hadn’t seen in almost 5 years could see, that even though I made a terrible mistake, I could also benefit from my situation.
Since I have been home, I have had the opportunity to work for Kelly’s country cooking which was my 1st job.  I was forced to quit that job in November because the BOP said all home CONFINEMENT people needed to quit their jobs and then the very next day after I quit decided that “no we could go ahead and keep our jobs”.  I unfortunately could not get my job back and so I transferred from my friend’s residence out to my sister’s home in Trinity Texas.  I now work from home doing telemarketing.  Since I got hired at $10 an hour, I have received 2 promotions, and am now making $13.65 an hour.
I have in the time I’ve been home,  acquired my birth certificate, my social security card, and my driver’s license.  I have personal insurance in case I need doctors care because I am a cancer survivor, and need to stay on top of my medical care.  I have an upcoming opportunity to be property manager of a brand new RV park in Lufkin Texas. And in that position I will be able to have my own residence.
I have not only reconnected with my 15 year old son, I have reconnected with my 80 year old father, as well.   I am very close with my younger brother and sister and have built a brand new relationship with my great niece who is 4 years old and loves her Aunt Nikki.
Like many of the other home confinement people, our children do not want to have the conversation of us having to go back to prison.  My son is adamant about not having that conversation. He is a very smart young man but does not understand this at all! He of course is just starting high school and wants his Mom to be here and involved in his life.
I am in fear of taking the next steps of putting my life back together, such as setting up my own home and then being pulled back to prison.  If that happened, it would mean that someone would have to gather all of my belongings and put them somewhere. Although I have this fear, it is not going to stop me from continuing forward.  I have some terrific opportunities in front of me and regardless of what happens, I am going to keep moving forward.
I plan on being here to see my son graduate.  I want to show my son that even though a person makes a mistake or a bad choice, you can still better your life, and learn from your mistakes!!
I pray every day that we don’t get sent back because honestly that would send a horrible message to our children that even if you make a mistake you don’t get a second chance. And I believe everyone deserves a second chance!!!!!
#keepinthefaith
#keepthemhome
Bottom