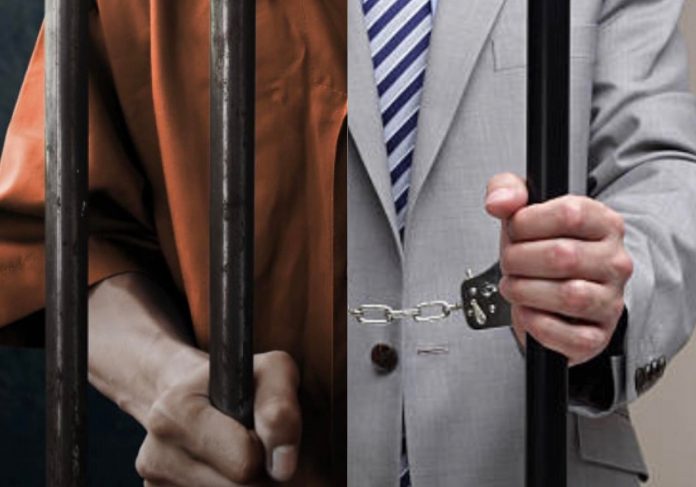 Too arrogant to listen to their attorneys, too young to know better, and too wealthy to believe there are legal consequences, is the new “little black dress” of the season among young corporate execs. Unfortunately, unlike a bad choice in couture, this is the fast track to an orange jumpsuit.

Corporate, turned white-collar crime, clients love telling the attorneys they didn’t listen to, “I’m sorry, I didn’t know.” Unfortunately, the law doesn’t carve out an exception for your good intentions. The law requires you to either know its bounds or consult someone to inform you as to its bounds.

Where it All Goes Down Hill

Most newbie executives know that much – they know to hire a lawyer. That’s where the good choices end, and the bad ones often begin.

Hiring a lawyer and listening to a lawyer are two very different things. Having a lawyer only protects you if you take your lawyer’s advice. The problems begin when a lawyer tells a young arrogant executive that they can’t do something they want to do.

Unfortunately, that is where common sense ends and ego begins. At that moment, rather than listen to their lawyer’s advice, far too many young execs do whatever it is they want, for (fill in the blank reason – more money, faster money, quick answers, quick fame, etc.) with no thought as to the consequences.

The Devil is in the Details

They say the devil is in the details, and in law, that surely is the case. With technology fueling the companies of the future, business has become borderless – but rest assured, the law still has clear boundaries and the federal government and its international counterparts are all too happy to enforce them.

That contract a young executive signed in haste to “close the deal,” might subject them to the laws of a foreign country they (and their lawyer) know nothing about, and have no idea how to follow. That product a young corporate executive sold without getting a full briefing first from their developer might mean that the contract contains material misrepresentations that defrauded a company.

By failing to enter into robust NCNDA’s and non-compete agreements, a young executive may wake to find a contractor who has absconded with their company’s intellectual property. The list of potential pitfalls is many, and the tolerance in the law for missteps is minimal.

Everyone Hates Lawyers Until They Need One

No one has a deeper appreciation for attorneys than someone who just got sued or criminally charged. Similarly and relatedly, no lawyer is more aggravated than the one who gave advice that would have prevented their client’s legal woes, but that advice was disregarded.

You can be a pit-bull in the corporate conference room, but put your muzzle on at least long enough to listen, when you speak to your attorney. Ask questions, clarify, do whatever you need to do to understand, but most importantly listen.

Remember this, your attorney wins if you win because they continue to work for your successful company. Attorneys have absolutely no incentive to do anything other than help your company succeed and grow.

No attorney on earth wants to be affiliated with or witness feds storming into the offices of their corporate clients – any advice they are giving you is to keep you on the straight and narrow, so you can reach success within the bounds of the law.

Just as celebrities have thrown themselves headfirst into the court of public opinion, so too, are corporate executives divested of their privacy.

Young corporate execs learn the hard way that regulatory entities and law enforcement watch what corporate executives do and say, especially when that start-up has made a lot of money quickly.

The notion of “I said it on my private account,” simply won’t serve as a get out of jail free card if they unwittingly divulge insider information, or attempt to manipulate the market.

Notwithstanding the very good advice they give their clients, inevitably lawyers still get calls from jails, prisons, and US Marshall’s Offices from clients who disregarded it. Unfortunately, there isn’t much to say at that point but, “I told you so!”

No one ever thinks they will be the person walked out before a judge in shackles until they are. Orange isn’t the new black, and jumpsuits aren’t particularly flattering on anyone, no matter what any tabloid magazine has ever said.

Someone coined the term, “toxic masculinity,” and while that has its place for discussion, corporate culture is a poisoned well that knows no gender bounds. Arrogance, condescension, aggression, assumption, hostility, exclusion, thoughtlessness, disloyalty, ingratitude – pick a negative descriptor, and it’s alive and well in corporate culture, and never so intensely as among the new corporate executives who are just too young to have learned better.

There is a certain degree of humility that comes with age, even in corporate circles. Young corporate execs, however, who have made a fast ascent, simply haven’t had their teeth kicked in and don’t have the battle scars to know just how toxic things can be at the top. They have not yet earned their stripes of humility and diplomacy.

Court dockets are clogged with lawsuits and white-collar crime cases arising from one toxic exec submarining another toxic exec. The sunken exec is always surprised and can’t fathom how they got there, and their lawyer is never surprised: They got there because they didn’t listen to their attorney or older more practiced executives who would have seen the writing on the wall.

Everything wrong in corporate culture can be summed up by saying, “There is a fundamental lack of respect.”

Lost in this arrogance is the misconception that this elevates someone. To the contrary, by disrespecting others, you are demonstrating a lack of respect for yourself as well. You are risking your good name and reputation, and the life you have built because no one respects people who don’t show others respect.

It is for this reason that corporations that break this mould and demonstrate humanism and compassion are newsworthy – they are not the norm.

The Light at the End of the Tunnel

The easiest way to avoid ending up in an “I’m sorry, I didn’t know!” situation is to have enough respect for people who are trained to know better and advise you to listen when they warn you not to do something. It also would be a great way to change corporate culture for the better. But then again, what do I know? I’m a lawyer.