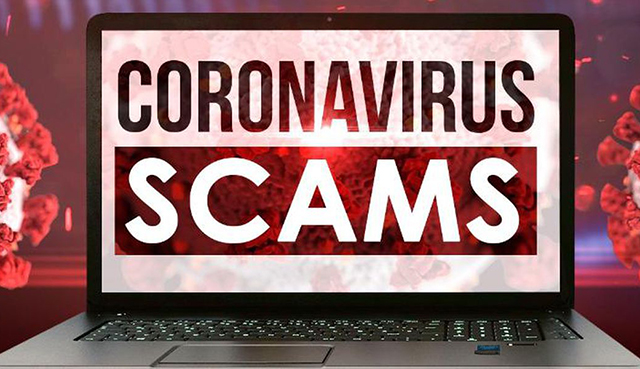 On May 24, 2021, David Michael Wright, Sr., 58, of Hixson pleaded guilty to a two-count information charging him with wire fraud and money laundering. Sentencing has been set for October 1, 2021, at 9:00 a.m., before the Honorable Travis R. McDonough in the United States District Court for the Eastern District of Tennessee at Chattanooga. Upon motion of the United States, the Honorable Susan K. Lee, United States Magistrate Judge, ordered that Wright be detained pending sentencing.

According to court documents filed by the United States, from April to September 2020, Wright devised a scheme to defraud and obtain money under fraudulent pretenses from at least one victim. Wright and the victim began discussing investment opportunities involving the purchase and resale of Personal Protective Equipment (PPE) to hospitals and retailers in response to the COVID-19 pandemic.

Wright falsely claimed that he had contacts with Chinese manufacturers to source the manufacture of PPE products, that Wright was importing PPE products from China, and that Wright was then selling those products in the United States at a significant profit, including KN95 masks. In July 2020, Wright emailed the victim with an attached fraudulent $49,700.00 pro forma invoice from an alleged Chinese manufacturer for the purported purchase of 70,000 KN95 masks, which Wright falsely claimed could be purchased by the victim and then resold to CHI Memorial Hospital for $210,000.00, resulting in a profit of $140,000.00 for the victim.

Several days later, the victim paid Wright $49,700.00 cash, for the purchase of KN95 masks, and Wright provided the victim with a fraudulent DHL tracking number for the “shipment” from China. In August 2020, Wright gave the victim a check for $210,000.00 representing the victim’s proceeds from the sale of the KN95 masks to CHI Memorial Hospital. However, Wright knew he did not have sufficient funds to cover that check, as CHI Memorial Hospital had made no agreement to purchase PPE from Wright, nor had they paid any money to Wright. Wright also learned that the victim had a connection with a hand sanitizer manufacturer, Miramar Labs.

Wright fraudulently represented that Publix Super Markets, Inc. (Publix) was going to purchase 40,000 bottles of hand sanitizer, and, to maintain that deception, Wright wired some of the money obtained from the fraudulent KN95 scheme to Miramar Labs, while the victim paid the remaining amount. In total, Wright obtained approximately $80,500.00 as part of his fraudulent scheme.