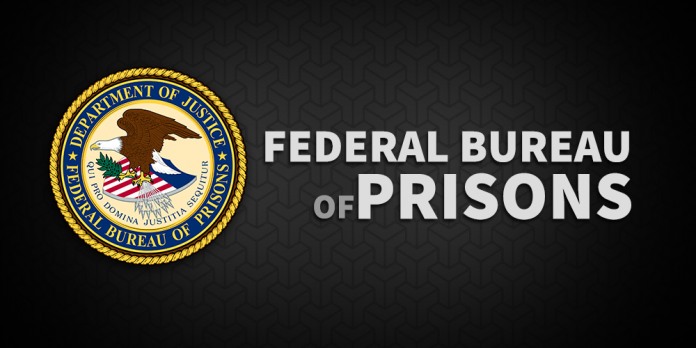 Catherine Sanoubane has resided at the Federal Bureau of Prison’s camp (FPC Bryan) in Bryan, Texas, since November 14, 2014.  She is serving a 115-month sentence for her part in a conspiracy charge having to do with mortgage fraud.  Catherine has a lot to tell about what she calls “corruption, greed, mistreatment, and exploitation of inmates” by the Federal Prison Industries, widely known as UNICOR.

“The Federal Prison Industries (FPI) program (now operating under the trade name UNICOR) was established in 1934 by an Executive Order issued by President Franklin D. Roosevelt.  The mission of the FPI,  is to protect society and reduce crime by preparing inmates with job training and practical work skills for reentry success.” The strategic goals of UNICOR are to “maintain and develop meaningful work and job training opportunities to prepare inmates to become law-abiding citizens, ensure the corporation remains financially self-sustaining, and to prepare our staff to assume positions of greater responsibility by providing quality training and developmental opportunities” (https://www.unicor.gov/about.aspx).

UNICOR’s mission and strategic goals appear designed to help inmates become better citizens–which would ultimately benefit both the inmate and society. But like most anything within the confines of the walls of the Federal Bureau of Prisons (BOP), here is the rest of the story…

At the federal prison camp in Bryan, Texas, many businesses hire UNICOR to do jobs for them.  UNICOR uses an inmate labor force to accomplish these tasks on behalf of its clients.  The UNICOR at Bryan, Texas, employees inmates at its call center.  Inmates  make calls to customers who have no idea they are speaking with inmates serving time at a federal prison.  And in fact, inmates are not allowed to use their real name or identify to potential customer that they are calling from a federal prison.  UNICOR can be found in BOP facilities throughout the country.

Former inmates, who worked for FPC Bryan’s UNICOR, and who wish to remain anonymous for fear of retaliation, report that they were forced by FPC Bryan UNICOR staff to “lie and withhold information from customers and business clients, as well as over-bill time to clients.” Something Catherine Sanoubane reported to the Office of Inspector General (OIG) in 2019.  Unfortunately, the Special Investigative Supervisor (SIS) at FPC Bryan was contacted by the OIG, therefore staff at FPC Bryan became aware of Catherine’s complaints–causing her to be put in the spotlight with staff at the camp.

Catherine Sanoubane’s seven page summary, (https://wordpress.com/post/insidethewallscom.wordpress.com/1138), lays out the fraudulent over-billing by UNICOR staff that she and other inmates claim takes place at the FPC Bryan UNICOR facility.  The same complaints Catherine reported to the OIG.  “In October of 2019, I was tasked with completing quarterly reports on performance and quality for our call center operations.”  “As I began reviewing the data from the time clock reports, computer, and phone activity summaries, and invoicing reports, I noticed large discrepancies.” “UNICOR was repeatedly overbilling the clients for hours worked, double billing for sales, and allowing the call center agents to submit fraudulent sales reports.” “This overbilling resulted in thousands of dollars every month, and had been taking place for well over a year, maybe longer.” “The clients continued to pay, trusting UNICOR as being associated with the federal government.”

Catherine was told by the OIG, that the agency only has two investigators in the entire state of Texas, and that her complaints would be put on their list of open investigations.  However, in order to investigate, they requested certain documentation be printed out and sent to their office—documentation Catherine Sanoubane, as an inmate, was unable to produce.   She eventually resigned from UNICOR.

In her seven page hand written summary, Catherine Sanoubane also complained of the working conditions at Bryan’s UNICOR facility, where she says “inmates are made to work in very cold conditions in the winter, and extremely hot conditions during the summer months, for very little pay.”  Most recently, inmates complained of being forced to use toxic chemicals to make hand sanitizer during COVID-19, without being supplied the proper hazmat equipment.  Staff who supervised the making of the hand sanitizer, were reportedly wearing hazmat equipment, but refused to issue this same equipment to the inmate UNICOR workers.

When inmates questioned why they were not given proper equipment, they were ignored or belittled by staff.  Several inmates complain they became ill after breathing and touching the chemicals used to make the product.  Symptoms included headaches, feeling light-headed and nauseous, and other stomach issues.  Their complaints were ignored by UNICOR and BOP medical staff.

Inmates also complain of being forced to dispose of the chemicals by pouring them down drains on the federal complex, and feared that these chemicals were making their way into the city of Bryan water mains and sewer systems.  Many inmates questioned if this was proper disposal of the chemicals under Environmental Protection Agency (EPA) regulations.

What this reporter found most interesting about Catherine Sanoubane’s claims, is that she was released to home confinement under the Cares Act on June 19, 2020, only to be returned twelve days later, on June 30, 2020.   FPC Bryan claims that the South Central Regional Office of the BOP refused to release Catherine to home-confinement under the Cares Act, causing staff at Bryan to have no choice but to return her to the prison.

Something Catherine and her family find hard to believe.  Catherine had already served more than fifty-percent of her sentence at the time she was recalled.  She is convicted of a white-collar offense, has a minimum PATTERN score, a clean disciplinary record after serving over six years in prison, and is community custody.  All criteria that should have qualified her for release under the Cares Act.

Curiously, Catherine had just been offered a job at Vocare Marketing (an FPC Bryan UNICOR client), the day before she was ordered to return from the Cares Act.  As part of her release under the Cares Act, Catherine was required to report possible job offers to prison staff for approval.  She had made the BOP aware of the job offer the day before being called back to the Bryan compound.  After Catherine returned to the FPC Bryan camp, she contracted the COVID-19 virus.  Catherine is set to be released from prison in January 2023.