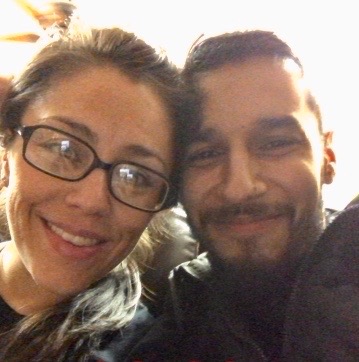 On Tuesday, the Federal Bureau of Prisons (BOP) attempted to have 31 weeks pregnant Raquel Esquivel moved from the Val Verde Correctional Facility in Del Rio, Texas, to an unknown location.  Esquivel has been housed at the facility since May 12, 2021, when the BOP violated her from the Cares Act, after alleging she had escaped on March 4, 2021 (see original story).

At the direction of the BOP, Esquivel was transported by Val Verde Correctional Facility staff to San Antonio, Texas.  There she was to board the United States Marshal Service (USMS) Air Transport (better known as ConAir).  However, the transfer did not go as planned.  The United States Marshal Service refused to transport Esquivel because she is pregnant and the BOP had not followed proper procedures to have a pregnant woman transferred.

On December 21, 2018, Congress passed the First Step Act of 2018 (First Step Act), which generally prohibits U.S. Marshals or BOP corrections officials from restraining pregnant or postpartum prisoners. The First Step Act defines a “prisoner” as a person in the custody of the BOP, including a person in a BOP contracted facility (such as the Val Verde Correctional Facility) or, in the case of USMS, a person who has been sentenced to a term of imprisonment pursuant to a conviction for a federal criminal offense.  In addition, USMS does not directly provide medical care to prisoners.

High risk pregnant women should not fly without doctor’s approval

Esquivel, who is 37 years old, is expecting her fourth child.  Because of her age and number of previous pregnancies, she is considered to be a high risk pregnancy.  The Mayo Clinic states that “generally, commercial air travel before week 36 of pregnancy is considered safe if you have a healthy pregnancy.”  A pregnant woman seeking to fly should first “check with their health care provider before flying” and “consider flying during her second trimester when the risks of common pregnancy emergencies are the lowest.”  Esquivel is in the third trimester of her pregnancy.

The clinic also suggests that during flight a pregnant woman should “take occasional walks up and down the aisle in order to promote circulation.”  And “drink plenty of fluids as low humidity in the cabin can lead to dehydration.”   It is highly unlikely that the Mayo Clinic’s recommendations would be possible when flying on ConAir.  Prisoners are not allowed to move about the air craft cabin, except for escorted trips to the bathroom.  This would prohibit Esquivel from being allowed to walk up and down the aisle for security reasons.  Also, there is limited access to water or other fluids during the flight.

Many airlines limit travel for pregnant women after 28 weeks of pregnancy, however, most allow travel up to 36 weeks of pregnancy with doctor approval.  All airlines recommend that pregnant passengers consult with their doctor before travel.  A representative at American Airlines stated that “pregnant women should seek advice from their physician prior to booking a ticket.”

And the BOP’s own program statement on Medical Designations and Referral Services for Federal Prisoners Under Medical Risk Section 5. d. Transport states “Generally, the following conditions will not be considered for transport on the Bureau/U.S. Marshal’s Service (USMS) airlift: Pregnancy in the third trimester…(Exception: authorization by an obstetrician given within 72 hours of departure allowing air travel by direct transport without holdover stops.”

When I spoke with Raquel Esquivel, she said it was her understanding that the BOP was attempting to have her transported to the Federal Transfer Center (FTC) in Oklahoma City, Oklahoma, before USMS staff intervened and refused to move her.  She was unclear where her final transfer destination was to be, and prisoners nor their families are given these details in advance–causing anxiety for both the prisoner and family members, who may not know where their loved one is for days or weeks at a time.  However, because prisoners of different security levels are moved together at the same time–it is a necessary precaution for security reasons.

FTC Oklahoma City, is the federal holding facility, where federal prisoners are held for short periods of time while being transferred between BOP facilities and holdover stops to and from court proceedings.  While it is unknown where the BOP had plans to transport Esquivel next, the most likely place is the Federal Medical Center (FMC) in Carswell Texas–the only female medical facility within the BOP.

While it would appear that the BOP had no problem violating its own policy, and putting the life of a pregnant woman and her unborn child at risk, Raquel’s fiancé, Ricky Gonzalez, is thankful to the U.S. Marshal Service for refusing to go along with the risky travel plan.

In an interview, Gonzalez praised the U.S. Marshal Service for following policy and making Raquel and their unborn son’s safety a priority.  He memorialized the emotional day in a video.

The question remains–will the BOP attempt to move Esquivel at a later date?

Amy Povah, founder of the CAN-DO Clemency Foundation, is concerned that the BOP will try to move Raquel Esquivel again.  She worries about Raquel and her unborn baby’s health, as well as the trauma this situation is causing to Raquel’s fiancé, Ricky Gonzalez.  Povah told me “At this stage, we simply want the BOP to come to their senses and do the only moral and proper thing which is to release Raquel back to home confinement in the interest of safety for all parties concerned; Raquel, the unborn child, and Ricky, the father of the child.”

It is unclear if the BOP will follow its policy regarding the transport of pregnant women, or if it will attempt to move pregnant Raquel Esquivel again in the near future.  At least for now, she is safely back at the Val Verde Correctional Facility in Del Rio, Texas.  Currently, Esquivel has a Compassionate Release Motion and a 2241 Motion pending before the Court.  She also has a pending appeal of the Incident Report written by the BOP when they violated her from the Cares Act.  She is waiting on the Central Office of the BOP in Washington, D.C., to rule on her administrative remedy appeal.  Knowing she did not violate the rules of home confinement under the Cares Act, she hopes the ruling will be found in her favor.  She just wants to go home to have her baby, with Ricky by her side.

In the court of public opinion

One thing is clear, Raquel’s case is gaining momentum in the court of public opinion, including media exposure, and over 34,000 signatures on a change.org petition in just three short weeks.  Povah, who supports the petition, hopes to see it shared by others on social media sites.  The goal is to get to 100,000 signatures in the near future.

And many criminal justice advocates point to Esquivel’s case as just one more reason President Biden should move quickly to grant clemency to over 4,000 individuals that remain on home confinement, having been released under the Cares Act.  Organizations such as CAN-DO, FAMM, the ACLU, and many others hope the Biden Administration or Congress will provide some sort of relief for this group in the near future, before the BOP violates more of them back to prison for minor infractions.

I reached out to the BOP for comment.  Randilee Giamusso, with the Bureau’s Office of Public Affairs, responded “For privacy, safety, and security reasons, the Bureau of Prisons (BOP) does not discuss an individual inmate’s conditions of confinement to include whether a particular inmate is the subject of allegations, investigations, sanctions in prison, transfer status or medical care.”