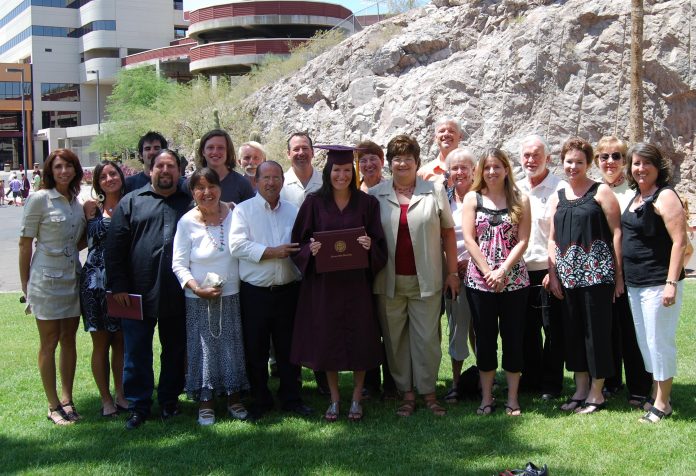 The below opinion piece by D.M. details may of the same heart wrenching details that have appeared over and over again in the series of stories written by individuals released under the Cares Act. From the long sentences served by first time non-violent offenders–to the families that also lived with the pain of their loved one being incarcerated–the stories are compelling.

These pieces give insight into the real story of our country’s criminal justice system. But more than that–they highlight the strength and success of those who overcome in a prison system designed to punish instead of rehabilitate those it locks up.

If President Biden chooses to return to prison over 4,000 individuals released under the Cares Act–he will be doubling down on his 1994 crime bill–as well as breaking one of his biggest campaign promises made to the American people.  He will in fact be authorizing one of the largest days of mass incarceration in the history of this country.  Many criminal justice advocates ask why?  How would sending back over 4,000 non-violent returning citizens who are true success stories benefit society?

It is the hope of many, that this group of individuals will become the face of the change that is needed in our country’s criminal justice system. And that lawmakers will come to realize far too many individuals are being sent to prison than necessary to make society safer.  #KeepThemHome

I am 57 years old and currently on home confinement per the CARES Act. I have served eight of the 13 years required (60%) of my 188-month sentence for conspiracy to commit bank fraud, with a scheduled release date in January of 2027.

As a corporate executive of a mid-sized, nationwide, financial company, I made decisions in 2009 that I thought, at the time, would protect the company and its 2,000 employees, and thousands of clients, and bring us out of the financial crisis of 2008 – 2010. I was uncomfortable with the decisions and my actions, which amounted to following the “letter of” a partnership agreement/contract between our company and another midsized bank, a “joint-venture-agreement” if you will, verses following the “spirit of” the contract and its terms. Eventually leading to a default of that agreement.

Due to my actions and decisions, myself and three other executives pled guilty to conspiracy to commit bank fraud in 2012. As much as I may have justified the decisions at the time, and as much as many legal minds and those in the industry may argue that our case was a matter of a breach of contract, by both parties, between two banks, the decisions were wrong and made from the basis of my own pride and not wanting my industry peers to see me fail in an environment that saw over 5,000 financial institution failures. I should have not made the decision to attempt to keep the company above water and solvent, it was wrong.

While I believe that a 188-month sentence is way too extreme, I pled guilty under the anticipation of a 36-to-49-month sentence (which I felt was a death sentence at the time), but due to enhancements that the court added at the time of sentencing, and the government’s about face in supporting a sentence no greater than 60 months, I received the sentence that I received. I thank God that I was still allowed to self-report two months after sentencing.

From the start of my incarceration, and during the entire journey from maximum-security (USP’s), medium-security, low-security, to minimum-security-camps, (13 total institutions, all while classified as a minimum security and out custody) I buried myself in the need and desire to serve others, and to make amends for my decisions. I did this by helping all groups, races, and gangs with mentoring, teaching, creating curriculum for a multitude of classes, bible studies, legal work, and more.

I advocated for “Drugs Minus Two,” the “SAFE Act,” the “First Step Act,” and other sentencing and criminal justice reforms. And was blessed with helping hundreds of men receive the benefits of sentence reductions and other changes via “Drugs Minus Two” and the “First Step Act.” With the Lord’s help and guidance, I prepared thousands of men, and myself, for the time that we would reenter and reintegrate into society, our communities, and our families. During this time, I completed several college courses, including being asked by the local colleges to teach some of the courses, earning additional college degrees, as well as completing over 5,000 hours of programming. I was active in the church, including Bible college, and working with Christian Ministries that offered opportunities for institutional employment at some of the facilities.

In April of 2020, it was determined that due to my underlying medical conditions and high risk of serious illness or death due to COVID-19, and meeting all other requirements per Attorney General Barr’s memoranda and the BOP’s policy overlays, I should be transferred to home confinement immediately for the duration and completion of my sentence. All though I was told by my Unit Team and the Executive Staff, that “they” want me sent home immediately, the process of sending me home actually took 9 months, which I spent in quarantine, confined to a cell. And during which I was transferred between three different institutions due to the closure of one facility, and the bureaucracy of the BOP. However, per the Lord’s always perfect timing, I was eventually dropped off at a Greyhound bus terminal and 27 hours later arrived home to begin my home confinement journey.

Since my transfer to home confinement, I have reconnected and restored my relationships with my wife of 31 years, my elderly parents (76 and 82), my son and his fiancé, my daughter and son-in-law, and excitedly, my 8-year-old granddaughter, Sage, who couldn’t wait to have me take, and teach, her fishing, as her “daddy does not know how to put a worm on the hook!” as well as see her compete in artistic swimming and share in her love of math and science – two of grandpa’s passions. As well as the rest of our family and friends.

I am so grateful for the opportunity to be involved in their day to day lives, providing for my family and others, not just financially, but spiritually, mentally, emotionally.

I provide the care and support for my ailing father-in-law, as well as handling final preparations and the affairs for my mother-in-law who is in hospice care. My call to serve others, that grew so strongly during my eight years of incarceration, has resulted in my continued giving back to the community via various charities and organizations, while advocating for the families of the incarcerated and those that have been released.

As an ordained Christian minister, I serve in our church of over 30,000 members as an assigned mentor and advisor, assist our pastors with sermon prep and biblical research, and perform baptisms, as well as serving on our First Impressions Team before and after our Saturday and Sunday services. I also serve as a volunteer team leader with one of the largest Christian ministries in the world, Joni and Friends’ Wheels for the World program, helping to provide wheelchairs, physical therapy, care, and the Gospel message, to those with special needs throughout the world, a program I was introduced to and worked with for years while at BOP facilities, and am blessed to be able to continue to serve while on home confinement.

Through my employment as a business development manager for a food and beverage manufacturer, I have been integral to the growth of the company with thousands of new retail outlets for our products, including Walmart and CVS, and spearheading a new subsidiary launch of 14 new food and beverage brands, trademarking each and obtaining patents on consumer and commercial machines that dispense the products. This entails the hiring of thousands of new employees nationwide, which I have been given the opportunity to specifically target the formerly incarcerated and their families with well-paying, second chance opportunities.

I have been blessed to take our household from the brink of bankruptcy, and, other than our mortgage, to being debt free.  We have been able to obtain the medical treatment and continued care that my wife and I desperately needed, paying for it with our own insurance coverage and personal funds out of pocket. And, not to mention, completion (in various stages) of the eight years of honey-do repairs and upkeep of our home – leaky roof, water heater, pool pump and filter, cutting down dead trees to keep from falling on the house, irrigation system, rebuild the shed destroyed in a storm, replace all outdated electrical outlets and switches, and so much more, the list that never ends.

I am so blessed to have truly been given the opportunity to make amends for my past decisions, giving back, and paying back, by pouring every fiber of my being into my family, church, community, and employer. Serving others.

Yet, a black-cloud-of-uncertainty looms over my successful family and community integration, the OLC memo and its incorrect interpretation of the CARES Act, that says I must return to prison after the pandemic. Initially, when the memo came out shortly after I had returned home, I was not concerned. Afterall, my Warden, and all BOP staff involved in my transfer, told me that I would not have to return if I followed the rules and successfully integrated back into the community.

However, since the news of the administration’s support of the OLC memo, it constantly weighs on us, suffocating everything. My wife and I find it impossible to sleep with this uncertainty, thus affecting our health, mentally and physically, as well as our marriage. My wife, children, and parents are in shock that I may have to return, and don’t even want to discuss it. We do not dare broach the subject with my granddaughter, nor my ailing in-laws, out of fear of the harm it may cause.  The rest of my family and friends are angry and in fear, yet feel helpless, unsure of what to do. To have me ripped out of our community, our home, our family, is just unimaginable, the harm this would cause…

What will happen to my employer, who depends on me for their continued growth and success, the thousands of jobs to be created, and the church and ministries that I serve? Devastating to all. Impossible to plan for the future, we are in a constant state of limbo.

I continue to pray that this second chance success story for myself and thousands of others, does not become a second chance devastating debacle.