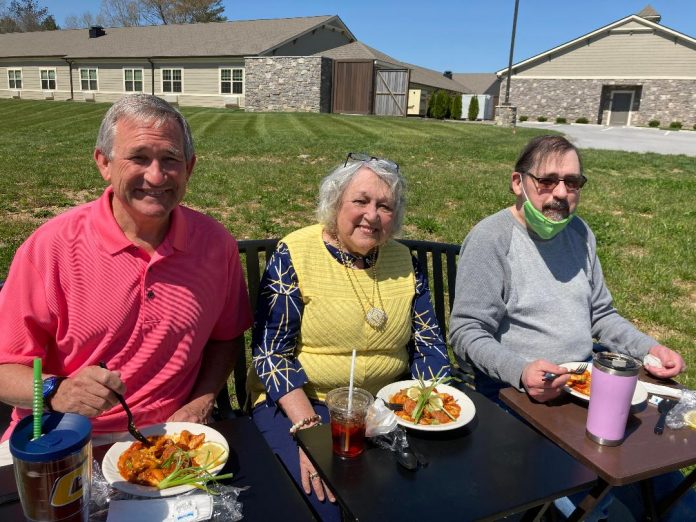 Over 4,000 returning citizens wait in limbo for the Biden administration to decide if they will be granted clemency.  These individuals, released under the Cares Act, have proven that they are true success stories.  Many advocates of criminal justice reform hope that this “test” of sorts will bring about future changes in the amount of non-violent first time offenders allowed to remain in the community to serve their sentences.

And nobody has forgotten that President Biden made campaign promises to work for criminal justice reform.  If the President were to send over 4,000 returning citizens released under the Cares Act back to prison when the pandemic ends, he would be authorizing a day of mass incarceration–going directly against what he campaigned to do.

Families, such as Doug’s (see his story below), have already suffered when their loved one went to prison the first time–what would the implications be upon their return?  What impact would this return to prison have on the mental health of those returned, as well as the family members left behind to pick up the pieces–AGAIN?  Individuals released under the Cares Act have reunited with family, leased housing, purchased transportation, obtained employment, and have proven that they are law abiding productive citizens.  #KeepThemHome

I was sentenced in 2017 after pleading guilty to mail and wire fraud and tax evasion. After a very successful 30 year career in Investment banking, I got greedy and did some very wrong things.

I accepted responsibility and self-reported to Lexington, Kentucky Federal Medical Center (FMC). I was sent to an FMC as I was 58 years old with a pacemaker. Prison was initially quite a shock to me. Losing your freedom, leaving your wife and family is hard on anyone. I pulled myself together very quickly as I realized that prison takes a lot away from you.  I decided that I needed to take something from prison.

I was a model prisoner.  I used my time to get in physical shape.   I took 22 programs and classes, dental assistant apprenticeship, and then an office job at UNICOR.   I improved my relationship with Christ.

Prison definitely humbled me, and quite frankly, I needed that.

God blessed me and because of my perfect discipline record I was released after 31 months under the CARES Act.  I had a near perfect PATTERN score. The BOP determined, by their criteria that I was no longer a threat to the community.  I am now the caregiver to my 85 year old mother, and my 58 year old disabled brother. They need my help on an almost daily basis.

If I were to be sent back to prison, it would be devasting for both of them, as well has my wife, who never gave up on me, and visited me twice a month in prison.  She kept our family together as best she could in my absence.

While still on home confinement I am trying to rebuild my life, make restitution to my victims, and be the best employee I can.  I was fortunate for Bacon Products Corporation in Chattanooga, Tennessee ( my hometown) to take a chance on a convicted felon on home confinement to head up their marketing department. I don’t want to let this company down by having to go back if I am not granted clemency or some other form of relief.

Many of the 4,000 individuals released under the Cares Act are similar to me.  We want to be good citizens, pay taxes and help our families. When we left prison, NO ONE told us we might have to come back, especially if we obeyed the rules and didn’t commit another crime.