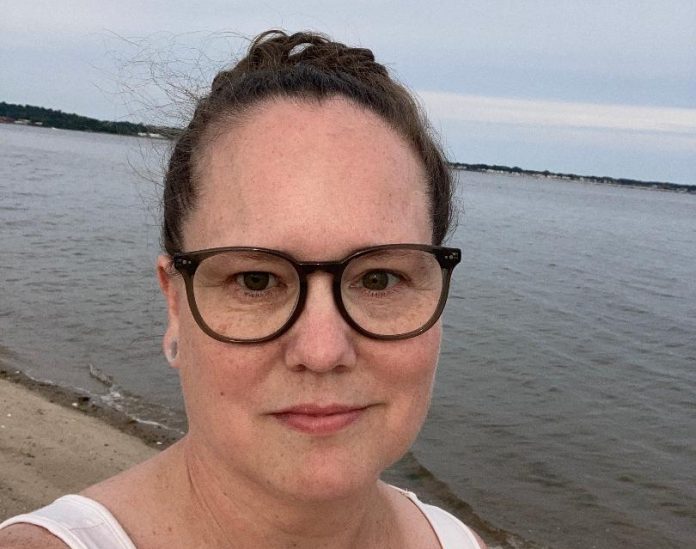 Why would the Biden Administration choose to allow over 4,000 individuals released under the Cares Act to return to prison when the pandemic ends?  Why would taxpayers want this to happen?  We are talking about low level non-violent offenders who were hand-picked for home confinement because of their behavior while incarcerated, as well as their medical history.  And let us not forget the fact that they have done everything to prove themselves since their return home.  Most are working, paying taxes, and supporting themselves and their children.  They are true success stories.  Wendy Hechtman tells her story below.  #KeepThemHome

My name is Wendy Hechtman and I’m currently serving a federal prison sentence at home under the CARES act. I’ve talked to several people about my experiences on home confinement, I’ve explained how we are strictly monitored and supervised, I’ve explained how this is not some sort of simple and easy process. But what I haven’t done is talked about what it would mean for me personally if I am forced to return to serve the rest of my sentence in a prison setting.

I was arrested in 2017 after my nearly four years of active opiate addiction had spiraled into a complete and total disaster. I had started manufacturing, and selling, my own opiate concoctions because drugs are expensive, especially when you’re too strung out to hold a proper job or keep insurance. Thank God no one died from my idiocy. Once I was arrested, I went through a terrible period of withdrawal, completely unmedicated. I was weak, but I was also relieved. Up to that moment, I had truly believed I would never again feel good or be able to function without opiates in my life. I have never been so delighted to be proven wrong.

After that, I resolved I would spend the rest of my life making up for my contribution to the self-destructive behavior of other addicts. I worked as a medical orderly, and cleaned the cells of people who were on medical holds— usually for being in withdrawal like I was. Despite having ample opportunity while in prison, I never touched another opiate again. Although there was not a great deal of programming offered, and what was offered was grossly insufficient, I took every educational opportunity that came my way. I took programming for trauma, substance abuse, and drug education. I got a prison job working construction once I was transferred to a federal facility after my sentencing.

Because of medical vulnerability, I was released after just over three years of incarceration to serve the rest of my time on home confinement. I had to start my life completely over. While I am a US citizen, I spent my entire adult life until just prior to my arrest living in Canada. My children are still there with their father. Fortunately, they are still mine, and even more fortunately, they still want to be mine. Their father is unwaveringly supportive of my relationship with them and without him I would not be this blessed. Many women, far too many women, in my position do not have this support.

However, because of COVID border restrictions, I have yet to be able to see them despite being out for nearly eight months. We are hoping with the recent gradual opening on the Canadian side that the US will follow and allow in Canadians for non-essential travel. Until then, we video chat multiple times a week. We had video visits during my incarceration as well— but they were limited to 25 minutes three times a week. Now we spend hours sharing our days with one another. But I want to feel them next to me again. I want to smell their hair tickling my nose and their skinny arms wrapped around my shoulders.

Since I’ve been home, I have managed to find work in prison reform advocacy. I’ve also managed to find an investor to buy property and rent to people with justice involvement in their backgrounds. I go to drug and alcohol counseling, trauma counseling, and substance abuse group therapy 3-4 times weekly. I have drug testing as much as two to three times weekly. Of note: I was never once drug tested dirty during my entire three years of incarceration. I’ve been accepted into Columbia University’s Justice Through Code program where I will take a coding boot camp to aid in re-inventing my career in the computer services industry. Whereas employment is a key factor in recidivism, this is crucial to my continued success. I have seized every offer that has come my way to better myself.

I wear an ankle monitor 24/7. I report my whereabouts to my supervisor. I can’t go anywhere unless it’s an approved location, and that’s not for social reasons. It has to be for medical, mental health, or for things like buying groceries or hygiene supplies. There are no fancy dinners with friends. I can’t even be in my backyard without notifying my supervisor, because the monitor’s reach doesn’t go that far.

When I returned home, my nine year old son asked me “Mommy, since you got out of prison because of COVID, will you have to go back when it’s over?” And I told him no, because that’s what I was told. To have to go back and tell him that I do have to go back, even though I’ve been doing everything correctly and following all my restrictions as I’ve been instructed, will not only break his heart but cause him to lose faith in the administration of justice. Not to mention human decency.

I was raised in a very conservative household, in a very conservative part of the United States. I understand the “do the crime do the time” mentality. But unlike state time, federal sentences are held to doing 85% of the sentence, leaving little incentive to do any programming or behave well. Further, keep in mind that people released under CARES were people who had no record of violence, had no prison disciplinary issues, and were evaluated as a low recidivism risk on the PATTERN risk assessment tool. Therefore, being in prison for most people who were let out under CARES and were in minimum and low security settings, isn’t really hard time.

Even the jobs we had, were maybe two or three hours in the morning, two or three in the afternoon, at the absolute most. Much of our time was spent eating Cheetos, knitting, and watching television. Prison is miserable because it’s boring and you can’t talk to your family without a bunch of restrictions and limits on frequency and duration. The setting itself isn’t particularly a big deal, other than the aforementioned communication restrictions and lack of access to health care. Which is why I don’t understand how conservative, tough-on-crime people can actually want us back in prison.

On home confinement, we are required to work as per the terms of our release. Even without that requirement, we have to earn a living in order to be in our homes and pay our bills. Our whereabouts are constantly monitored. This isn’t like the camps where we could just sneak off and go to the road to meet people to pick up cigarettes, liquor, and drugs. And here we’re actually drug tested regularly. We pay taxes. We’re required to get mental health and substance abuse counseling if that was mandated as part of our sentencing. There’s a level of accountability here that simply isn’t there in prison. Prison is just adult daycare, and a crappy one at that. If you want people forced into a position where they have to act right and pay their own way like an adult, this is it. Prison certainly isn’t.

If I go back to prison, I’ll just be working on my tan at Danbury for another few years .  And it is way less stress on me than being a real adult. But if the Biden Administration does send me back, I don’t want to hear one word about how the taxpayers are footing the bill, because there was a choice where they didn’t have to.

This is why President Biden needs to grant clemency and #KeepThemHome.