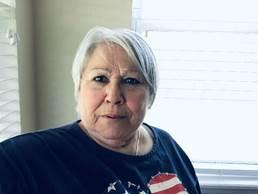 Right now, more than 4,500 people worry daily about their fate. They are out of prison on home confinement under the Cares Act, but being threatened by the Biden administration to be sent back to prison. Returning them back to prison would be cruel, legally unnecessary, would not make society safer, and would cost taxpayers millions.

None of these individuals were told by the the Bureau of Prisons (BOP) that they would be expected to return to prison when the pandemic ends. They have reunited with family–many of them with small children.  Many have signed leases for homes, bought furniture, financed vehicles, obtained employment, and started planning their futures. They should not be forced to go back to overcrowded and unsanitary prisons.  Families should not have to go through the trauma of losing their loved one again.

Individuals such as Nelly Herrera, who are low risk, which was part of the conditions of release, have followed all the rules and done their part to reenter society. Now she faces being sent back to prison to start all over again.  And given that it costs approximately $39,000 a year to incarcerate an individual in federal prison–and up to $80,000 plus for those who have medical conditions as many of those released under the Cares Act–where is the common sense in this equation?  #KeepThemHome

Back in June of 2002, I was arrested, supposedly for conspiracy of money laundering, possession and distribution of pseudoephedrine and aiding and abetting to the manufacturing of methamphetamine.  Back in those days, pseudoephedrine was a household over-the-counter medication used for relieving nasal congestion and/or allergies.

As my co-defendant and I went to a jury trial, and without any evidence presented in the court, were convicted to a 30-year sentence or 360 months as they show on the conviction.  We were originally offered a plea bargain of 5 years, but, for some unknown reason, when convicted by the jury, 25 years were added to the 5 years that had been offered prior to the trial.  We still think to this day, that it was an unfair trial since there was no evidence and much made-up information was presented.

I was convicted on December 18, 2003, and shipped, as they say, to the Federal Correctional Institution, in Dublin, CA.  After 11 years there, I earned my transfer to the Dublin Camp next door.  After a year there, I requested to be transferred to Marianna, FL camp.  Later hurricane Michael destroyed Marianna camp, and we were all shipped to Tallahassee, FL Federal Correctional Institution.  We were kept there in unfit conditions for 20+ miserable days. We were then sent to Coleman, FL women’s camp.  While at Coleman, at age 72, I was diagnosed with pneumonia, which qualified me to be placed on Home Confinement under the CARES Act, to finish the remainder of my sentence.  I have a letter from Warden Kathy P. Lane to the SSA, stating such fact.

As I had lost all my possessions since my arrest, and having spent 18 years in incarceration, when approved for Home Confinement, I had no home to go to.  So, my friend and her 96-year-old mom, offered me to stay with them, which was a blessing for me, since I had no other place to go.  My friend suffers severely from Multiple Sclerosis and without my assistance, she would not be in her own home…she would be confined to a convalescent home, or who knows where.  After living with Susan and her mom for little over 6 months, her mom passed, and now it is only Susan and I who live in this house.  Susan depends solely on me for her daily care, and to prepare her meals, etc.

While in prison, I had an excellent conduct, and took many classes and acquired many certificates.

My life now has changed, and I am blessed to have a home, and enjoy tremendously that I can be of assistance to someone who desperately needs a companion and a caregiver that treats her with respect and affection to make her days much more bearable.

Well, this is my story, and I pray for the justice system to keep us home.  Not send us back to prison since we are settled and have re-integrated into society and are doing well.  I have been on Home Confinement for a little over a year, with a GPS/ankle monitor, and I report to the halfway house once a week, and have not been written up not one time.  I follow all the rules and regulations to the tee.  Please President Biden help us stay home.