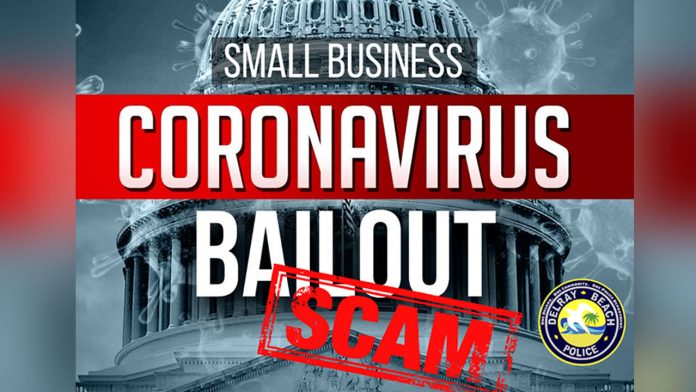 PORTLAND, Ore.—An indictment was unsealed on Wednesday charging a Portland, Oregon, man with fraudulently converting to personal use loans intended to help small businesses during the COVID-19 pandemic.

Eric Wade Lysne, 29, has been charged with one count each of wire and bank fraud.

The indictment alleges that, since April 2020, Lysne has devised and perpetrated a scheme to defraud the Small Business Administration (SBA) and various financial institutions by fraudulently applying for and obtaining Economic Injury Disaster Loans (EIDL) and Paycheck Protection Program (PPP) loans using false borrower information. Lysne created fictitious entities, including Paradigm Consulting Groups (Paradigm), on whose behalf he applied for and received EIDLs and PPP loans. In order to give Paradigm the appearance of a legitimate business, Lysne applied for and received an IRS Employer Identification Number in April 2020 and registered the business with the Oregon Secretary of State the following month.

In May 2020, Lysne applied for an EIDL, falsely claiming Paradigm employed 10 individuals in the agriculture sector and realized gross revenues of nearly $1 million in the twelve months ending on January 31, 2020, and that he, as the applicant, had not been convicted of any felonies in the last five years. (In fact, Lysne had been in prison for most of that twelve-month period as the result of a felony conviction in Washington County in May 2019.) In early June 2020, SBA disbursed a $147,400 EIDL to Paradigm through Lysne’s personal bank account. The deposit was followed by an additional $10,000 advance paid several weeks later. After receiving the funds, Lysne spent them on various personal expenses, including travel bookings and extensive cash withdrawals.

In April 2021, Lysne applied to SBA for an increase in his EIDL balance, seeking to borrow an additional $302,600. That application remains pending as of Lysne’s indictment.

Lysne also applied last May for a PPP loan of $50,000 on Paradigm’s behalf from a bank in Logan, Utah. In the application, Lysne again falsely claimed he had not been convicted of any recent felonies. He further falsely represented that Paradigm employed two individuals and had an average monthly payroll of $20,000. Based on Lysne’s fraudulent misrepresentations, the bank approved the loan application in part and disbursed a $27,700 to Lysne.

Lysne made his initial appearance in federal court yesterday before a U.S. Magistrate Judge. He was arraigned, pleaded not guilty, and released pending a three-day jury trial scheduled to begin on July 27, 2021