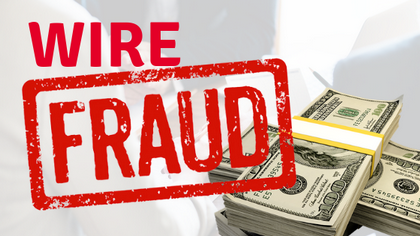 Schulte was a former bookkeeper and office manager of a farm and trucking companies based in New Haven, Missouri. Between January 2018 and February 2020, Schulte knowingly and intentionally devised and executed a scheme to defraud, and to obtain moneys from, her former employer and others by means of material false and fraudulent representations in that the she, without the knowledge and authority of her former employer, diverted funds for her own personal use. The total loss from this scheme is approximately $727,000.

As part of her scheme, Schulte fraudulently and without permission used the companies’ credit cards for personal expenditures. Schulte also fraudulently caused American Express and FirstBank to issue her new credit cards in the names of the companies. Schulte fraudulently charged more than 1,800 transactions totaling more than $532,000 on these credit cards. Schulte also forged the signatures of the owner and several employees of companies, on checks from several different bank accounts, including personal accounts of the employees. Several of these checks were made payable to Schulte, but some of them she made payable to the companies in order to conceal the lost funds related to her credit card scheme.

Other forged checks were drawn from a bank account held by the Berger Levee District of Franklin County, which is a taxpayer funded levee district responsible for creating flood control projects in Franklin County. Schulte forged the treasurer’s signature of the Berger Levee District on checks she made payable to the companies in order to conceal the lost funds related to her credit card scheme. Schulte used the fraudulently obtained funds for her own personal gain, including purchasing jewelry, a travel trailer, vehicles, and vacation travel.