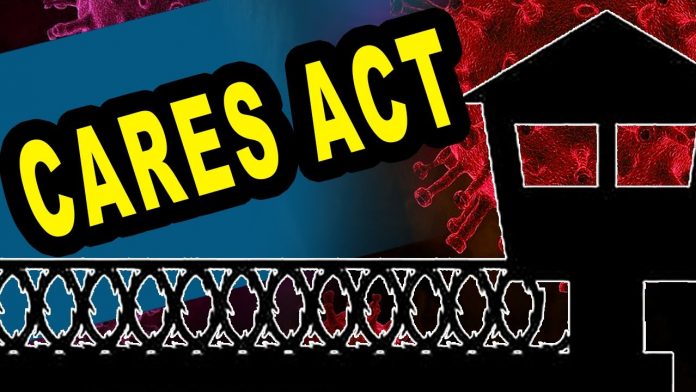 I reported yesterday on the situation with Raquel Esquivel, who was released under the Cares Act in April 2020.  Raquel was recently placed back in prison  by orders of the Federal Bureau of Prisons (BOP) staff at the RRM San Antonio Regional Office,  located in the South-Central Region of the BOP.  Raquel is six months pregnant.

What Raquel is accused of doing would normally be a minor infraction handled by the half-way house, most likely resulting in a loss of privilege or social pass.  However, the BOP instead charged her with escape and returned her to prison.  Raquel denies the BOP’s allegations and has cell phone records and witness statements to back up her claims.  None of that mattered to the BOP–Raquel is currently being held at the Val Verde Correctional Institution in Del Rio, Texas, until at such time the BOP can transfer her back to one of its facilities.

Raquel’s case highlights a more serious problem that appears to be happening frequently in the South-Central Region of the BOP.  The South-Central Region covers the states of Texas, New Mexico, Oklahoma, Arkansas, and Louisiana.  And has seen inmates who were released under the Cares Act taken back for minor infractions, that would normally be handled as such, by the half-way houses overseeing their release.

These violations seem to be driven by an email order from BOP staff in the South-Central Region, that came out in December 2020.  The email advised half-way houses in that region to send all incident reports written on those released under the Cares Act, to the Regional Disciplinary Hearing Officer (DHO) for disposition.  Meaning the BOP took the ability to decide the fate of inmates they supervise, away from half-way house staff, and placed it in the hands of the BOP.

Because I was released under the Cares Act myself, I received a copy of the email from my case worker at the City of Faith Half-Way House in Little Rock, Arkansas, on December 4, 2020.  The email read “All CARES Act (Direct Home Confinement) inmates who receive an incident report at any level (100, 200, 300 and 400 series level), the incident reports shall be sent to the Discipline Mailbox for processing. Once we receive the incident report at that time, we will coordinate with you and the US Marshal Service for the inmate to report back to the facility for pick up.”

On January 12, 2020, I was caught in the crosshairs of staff at the RRM Dallas office, when I was violated for what the BOP called a minor infraction of its conditions of home confinement.  You can read about my story here https://www.forbes.com/sites/walterpavlo/2021/02/06/inmate-on-home-confinement-spoke-out-on-bureau-of-prisons-policy-and-ended-up-back-in-prison/?sh=222870b955ba or on my blog site at https://insidethewallscom.wordpress.com.

While my case was most likely retaliation driven, as I have long been a thorn in the side of the BOP, with my reporting of its violation of its own policies, staff fraud, and mistreatment of inmates.  And staff at FPC Bryan had been made aware just two weeks prior to my being violated, that I am a cooperating witness with the State of Texas, in an investigation against them into staff fraud.

Regardless, it still highlights the abuse of inmate rights released under the Cares Act, that is happening in the South-Central Region.  BOP staff are responsible for these abuses–and I believe are using them to get head count back up for the region–basically circumventing the will of Congress.  All at the expense of inmate rights, and additional trauma caused to family members who have reunited with their love ones in that region—only to have them taken away once again.

Take the case of Melanie Brandt, who was violated on March 1, 2021.  Melanie was released under the Cares Act in April 2020.  On February 25, 2021, Melanie was accused of “giving something to another inmate of value.”  Melanie’s crime—placing money on the commissary accounts of inmates she left behind when she was released under the Cares Act.  The cost—Melanie was returned to prison and will not return home again until November 4, 2023.

By all accounts, Melanie was doing everything she was supposed to do while on home confinement.  She had a job and was a productive member of society.  She lived with her brother and had reunited with other family members.  Melanie was sent back to FPC Bryan—where she is serving the remainder of her time—mostly on lock down, due to COVID still being active in federal prisons across the country.  Melanie’s case is just one of the many that has come to my attention in the last few months, since the December 2020, email orders from staff at the South-Central Region was placed upon half-way houses across that region.