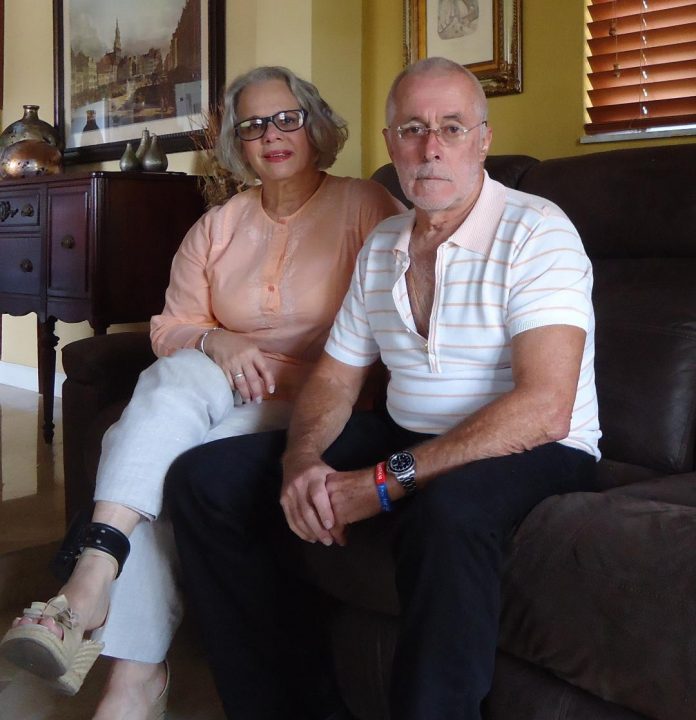 Over 4,000 returning citizens, who were released under the Cares Act, could be returned to prison when the pandemic is over.   Hopefully, the Biden administration will wake up and grant them clemency or some other form of relief.

And let’s not forget that these individuals were hand picked because they are low level non-violent offenders with good behavior while incarcerated, as well as medical issues.  They have reunited with family–many of them with small children.  Many have signed leases for homes, bought furniture, financed vehicles, obtained employment, and started planning their futures. And most importantly, they have already proven they are productive members of society.  They are true success stories–examples of how this country would benefit from more community programming as opposed to locking more people behind bars.  Alina Feas is one of the Cares Act success stories–read what she has to say below.  #KeepThemHome

My name is Alina Feas. I am 62 year-old, first time, non-violent, white collar convicted felon and I am one of those 4,000 people in Home Confinement under the CARES Act, who are living with the uncertainty of having to go back to prison when the pandemic emergency ends.

When I learned about the existence of the OLC memo, my world turned upside down once again and I thought to myself: “ I will not be able to do this again”. Since then, my family and I have lived in constant fear thinking that the day will come and we will have to separate again. What is happening to us is cruel and it is harmful to the wellbeing of our families.

In 2013, I was sentenced to 135 months in federal prison after being charged with “conspiracy to commit health care fraud”, associated with a mental health clinic where I had been clinical director from 2006 to 2010. At the time of arrest I was working only in my private practice office, which I had long before working in that clinic. I have never been in legal trouble before, but that did not matter when it came to sentencing.  I did not receive a lighter sentence.

At that time I could only think that 11 years and 3 months was a long time for my family to endure. My son was 24 year-old and YES, he was already an adult who had just graduated from law school, but he had never separated from me. I couldn’t stop thinking about how he was going to get ahead and how my husband could deal with everything without me being home. Those thoughts at the time were the hardest thing that had ever happened to me, and they accompanied me for a long time while I was incarcerated. On August 12, 2013, I left home, said goodbye to my siblings, family and friends, and headed to FCC Miami, Florida, with my husband and son to self surrender. To this day, I have those vivid memories and I can feel the immense pain it was to separate the three of us.

I was transferred to FCC Coleman Camp where I served seven years in prison and I did it to the best of my ability. I completed almost 100 programs ranging from ACE, RPP, Vocational, Leisure, Wellness and Religious studies. Tutored and facilitated/volunteered countless hours with Alternatives to Violence Project (AVP- an international non-profit organization that dedicates their work to reducing prison violence-among other settings) as well as at the Institution Education and Religious Departments. I never received any incident report or disciplinary action. The most important thing was to be able to see my family every two weeks and thus go through this ordeal together. I tried to help myself and others as best I could given the circumstances in which we found ourselves.

In March 2020, COVID-19 arrived in America and everything changed, not only for the outside world, but also within the prisons. I had already served much more than half of the sentence, so I was immediately evaluated and upon meeting the criteria imposed by the BOP, I qualified to go home under the CARES Act and serve the remainder of my sentence on Home Confinement. Coming home after seven years has been a big adjustment. Nothing has been the same as when I left, but we were so happy to be together again and here it was my home sweet home!

Since I was released from prison I have been trying to reconnect with my family and my church community. I have been reestablishing the relationship with my husband and my son. I have been helping my sister and niece in any way I can. I have been doing what I am supposed to do, following the rules and regulations, as I readjust to life outside. I have an ankle monitor and I am being closely supervised on a daily basis. Any movement that I can make has to be previously approved.

Being on home confinement is better than prison but it is not being free. Having spent almost 15 months at home, I have shown that I can live a productive life like any other citizen.  If that is the ultimate goal of the judicial system, I have already achieved it. I would never make a mistake that would put me back in prison and the only thing I want is to rebuild my life and once again become an honest contributing member of society. If I have to go back to prison it would be horrible, not only for me but for my entire family, especially for my husband and my son. For them it would be like losing me again!

These are my words to President Biden: All of us, who were released to Home Confinement under the CARES Act are the lowest of the low risk and we are not a danger to society. We have come home, re-integrated into society, reconnected with families and communities and contributed the best we can. This unique situation has served as an example to show that although people make mistakes, the effort to become better is worth it if we are allowed to fully reintegrate as productive American citizens. Please, keep us home and help us hold out hope for a better life as we strive to achieve our dreams. We ALL deserve a second chance!