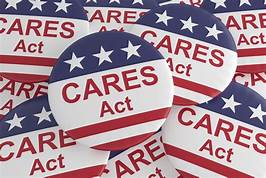 Over the last several weeks I’ve reported on returning citizens, who were released under the Cares Act, only to be later returned to prison.

I was released under the Cares Act on May 27, 2020.  I was returned to prison at the direction of the Federal Bureau of Prisons (BOP) on January 12, 2021. The BOP violated me for emailing with women I left behind using its monitored email system.  Fortunately, fifteen days later, I was granted compassionate release by the court.

Yesterday, Gwen Levi, the 76 year old grandmother, who last month was returned to prison for failing to answer her phone while attending a computer class, was released after the judge in her case granted her compassionate release motion.

Other returning citizens are not so lucky.  They remain at federal holding facilities or have already been returned to prison for minor infractions.  Many others live with constant fear of being returned.

Take the case of Keri Burroughs, who was released under the Cares Act in June 2020.  Keri, who is a diabetic, spent several months housed at the City of Faith (COF) Half-Way house in Little Rock, Arkansas, before being sent to home confinement.

On June 25, 2021, Keri was returned to prison after being charged with escape.  Keri was violated for being in a storage trailer on the property where she lived. The storage trailer in question sits approximately 50 feet away from Keri’s home confinement address.

Keri’s family provided me with tax records from the Garland County tax collector’s office.  A review of the tax records shows the trailer as being part of the same plot of property owned by Keri’s parents, and where Keri was living while on home confinement.

The BOP also accuses Keri of  being at other addresses on her street—something she denies.  However, the GPS ankle monitor she wore pinged at multiple houses within a few yards of her home address—many of which are vacant lots or abandoned residents.

Just prior to Keri being violated, she had been hospitalized for six days due to another illness involving her diabetes.  That hospitalization, caused by diabetic neuropathy, resulted in Keri receiving antibiotics to stop the infection.

She is currently being housed at the Pulaski County Detention Center, where she awaits return to prison.  Keri has not received any of the medicines required for the management of her diabetes since she was violated last month.  She is currently struggling with an untreated infection in relation to her diabetes.

Raquel Esquivel was returned to prison for what the BOP claims was also escape.  Raquel, who was released under the Cares Act in April 2020, is accused of not checking in with the Dismas Charities Half-Way House while she traveled between job sites on March 4, 2021.

Raquel’s phone records, as well as eyewitness statements prove otherwise.  However, that proof did not stop the BOP from sending her back to prison. What appears to be the failure of Dismas Charities staff to document phone logs—most likely a human error on their part—has resulted in a violation for Raquel, as well as a sanction in the loss of 27 good time days and the loss of 180 half-way house days.

Raquel is six months pregnant.  She remains at the Val Verde Correctional Institution, where she awaits return to prison.

Melanie Brandt was released under the Cares Act in May 2020.  By all accounts she was doing very well while serving out the remainder of her sentence on home confinement. Melanie had reunited with family members, shared a home with her brother where she paid one-half of the bills, worked full time, and followed all the conditions of her release to home confinement.

Regardless, on March 1, 2021, Melanie was violated for placing money on the commissary accounts of women she left behind and who were still serving time in federal prison. Melanie’s kindness toward others resulted in her being sanctioned to the loss of 30 good time days, and returned to prison for the remainder of her sentence.   Melanie will be released from the BOP in November 2023.

Ricky Gonzales spoke to me about the stress and anxiety he has felt since his fiance, Raquel Esquivel, was violated.  He worries about what this is doing to Raquel’s three children, whom she recently regained custody.  Ricky also has the added stress of worrying about his and Raquel’s unborn child.  Ricky reports that Raquel has been seen by a doctor one time since she was violated on May 12, 2021.

Because of a Vitamin D deficiency, Raquel is required to get extra vitamins daily during her pregnancy.  Raquel currently has no access to these vitamins, and none have been provided to her. Raquel is 37 years old.  By age 35, women are more likely to experience miscarriage, pregnancy complications, and genetic abnormalities of the fetus.

David McMaster, who was released in January 2021, is forced to live each day with the threat of being returned to prison being held over his head. David’s family, including his spouse, are also forced to contend with the tremendous stress of his situation.  David was never told that he could be returned to prison prior to his release under the Cares Act.

When I asked David about the anxiety the threat of being returned to prison has caused him and his family, he stated, “Waking up each and every morning, and living under this non-stop cloud of uncertainty, this state of unknowing limbo, puts a tremendous strain and stress upon our marriage, unnecessarily torturing us and the complete restoration and reconciliation of our marriage relationship.”

Another returning citizen, Miranda, was released under the Cares Act in February 2021.   She too lives in constant fear of being sent back to prison.  Miranda, who is a disabled vet,  suffers from major depression and PTSD. I spent time with Miranda in federal prison, where I witnessed how our mistreatment by correctional officers at the Federal Prison Camp in Bryan, Texas, and the conditions in which we were housed, impacted her depression and PTSD.

The same impact that will most likely take place if Miranda is returned to prison from the Cares Act.

Medications she was able to stop taking after her return home.  Miranda reports “not knowing is really putting a strain on me, mentally and physically.”

Wendy Hechtman was released under the Cares Act in December 2020.  Since that time, she has reunited with her family, become gainfully employed, regained parental rights of her children, and attends treatment programs.  Wendy is working hard to put her life back together after her time in prison.

When I interviewed Wendy, she said “The anxiety with this is almost as bad as the anxiety I had when I was committing crimes and had to constantly worry that the police would knock on my door.”  “I should not have to live in this type of fear.”

Shannon Lawson, sister of Keri Burroughs, has many concerns regarding her sister’s return to prison.  Shannon stated, “In my opinion neither of our parents will live through this experience.”  “The stress of this situation is just too great for them to handle given their current medical conditions and the added anxiety of Keri being violated.”

“This second incarceration will most likely cost Keri more than her freedom.”  “During her recent hospitalization, Keri’s doctors were concerned about her kidney function and possible failure.”  Lawson believes that “this is directly correlated with Keri’s incarceration in the BOP and its mismanagement of her diabetes during that incarceration.”

These stories only highlight a much larger problem.  There are currently over 4,000 people who were released under the Cares Act that remain under the watchful eyes of half-way houses across the country. These returning citizens are required to wear GPS ankle monitors or other tracking devices, as well as check in with half-way house staff throughout the day and night.

As can be seen in the case of Raquel Esquivel and Gwen Levi, this opens them up to the risk of human error resulting in being returned to prison. Many live in fear of being sent back to prison for minor infractions.  Their family members, such as Ricky Gonzalez and Shannon Lawson, live in fear as well.

And when they are violated—family members must grieve their loss all over again–such as the case of Raquel’s children and Keri’s parents.  And at what cost to the mental health of all those involved? This fear causes high anxiety and  stress, as can be seen in the case of David McMaster, Wendy Hechtman, and Miranda.  Many say “they never know if one human error could result in a violation.”

How would society benefit by returning Cares Act releasees to prison?  We are talking about people who have reunited with family members, become gainfully employed, enrolled in college or a trade school, signed leases on houses or apartments, and even purchased vehicles in many cases. Financial obligations that would result in additional hardship to family members, should they be returned to prison.

At the end of Trump’s presidency, his administration issued a memo saying those released from federal prison under the Cares Act would be returned to prison when the pandemic ended.  The #KeepThemHome campaign, spearheaded by the FAMM organization, is gaining momentum. Those supporting the movement hope to see President Biden cure the current situation.  The wait continues to see if  President Biden will rescind the memo and #KeepThemHome.