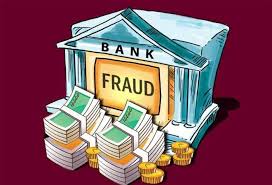 Audrey Strauss, the United States Attorney for the Southern District of New York, and William F. Sweeney Jr., the Assistant Director-in-Charge of the New York Field Office of the Federal Bureau of Investigation (“FBI”), announced today that ELLIOT SMERLING was indicted this morning on charges of wire fraud, bank fraud, and aggravated identity theft for seeking and obtaining an approximately $95 million subscription-backed line of credit for his $500 million private equity fund on the basis of a forged audit letter, falsified subscription agreements, and falsified bank account statements.

Manhattan U.S. Attorney Audrey Strauss said: “As alleged, Elliot Smerling went to elaborate measures to create a blatantly false picture of the financial underpinnings of a private equity fund in order to obtain a $95 million line of credit. Through a forged audit letter and falsified subscription agreements and bank statements, Smerling allegedly induced a California bank to make a loan commitment it never would have made had it known the truth. Now, the truth has landed Elliot Smerling in federal court.”

FBI Assistant Director William F. Sweeney Jr. said: “Falsifying information in order to secure a loan, regardless of the amount, is a crime. When the loan secured is nearly $100 million, the stakes are even higher. As alleged, Smerling engaged in illegal practices in order to benefit his interests. Today he’s learned the consequences of his alleged actions.”

According to the Indictment filed today in Manhattan federal court, and the Complaint[1] unsealed February 26, 2021, in the Southern District of Florida: